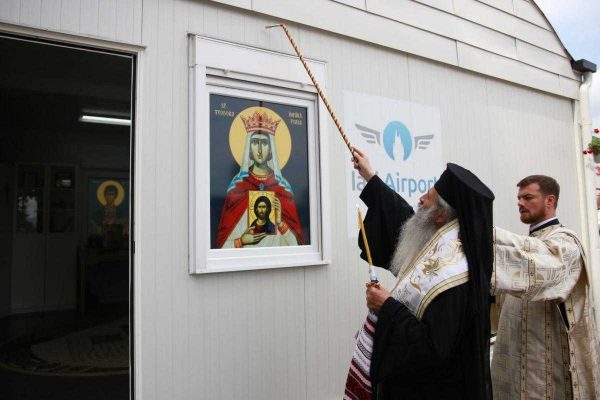 The Orthodox chapel of the Holy Prophet Elijah the Tishbite at Iași International Airport was consecrated on Tuesday.

The blessing service was celebrated by His Eminence Metropolitan Teofan of Moldavia and Bukovina of the Romanian Orthodox Church. The event was attended by local authorities and airport management and employees.

The idea of building a chapel at the airport was first raised six years ago, but was only now approved by local councilors, by unanimous vote, reports stiri.tvr.ro.

The current structure is a temporary chapel, until a new terminal is built at the airport, which will include a permanent chapel.