Source: OCA
Natalya Mihailova | 27 June 2014
The Board of Directors of Orthodox Christian Prison Ministry announced during the last week of June 2014 that Priest Stephen Powley has been named OCPM’s Executive Director. 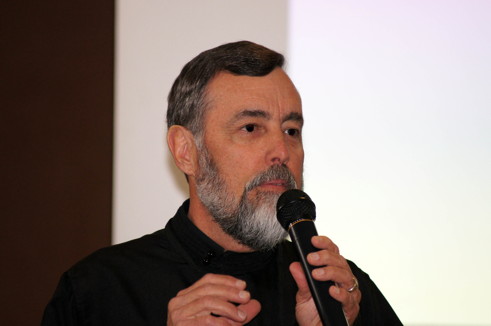 OCPM is an agency of the Assembly of Canonical Orthodox Bishops of the United States of America.

Chaplain Patrick Tutella, who had served as Executive Director since 2009, will be stepping down at the end of June to begin new ventures in prison ministry.

“We are very thankful to Chaplain Patrick for his dedicated leadership these past five years.  He has been a great asset to OCPM,” said Eric Grant, OCPM board chairman.  “At the same time, we welcome Father Stephen into his new role and look forward to continued growth under his leadership.”

Father Stephen began working with OCPM in 2005, first as a board member and later as Assistant Director. He served as a prison chaplain for almost 26 years in state and federal prisons.  During that time, he ministered to people in prisons at every security level, including maximum security prisons.  He has lectured widely to audiences about prison ministry and has been active in training clergy and lay people for prison ministry.

Most viewed articles
Getting an Early Start on a Late Pascha131
The Light of Epiphany99
Fleeing To The Desert, A Little Bit97
1 in 4 Youth Can’t Cope in Pandemic, Christian Mental Health Expert Says Peer Support Is Key62
2021 March For Life Becomes Virtual Event Over Safety Concerns Near Capitol and COVID Restrictions58
Patriarch Kirill Speaks on the Power of Epiphany Holy Water58
El Mundo Includes Russian Orthodox Cathedral in the Six Most Beautiful Churches of Madrid50
The Worst Year Ever – Or Was It?1
Most popular authors
Pravmir.com team170
Archpriest Thaddaeus Hardenbrook131
Priest Luke A. Veronis99
Archpriest Michael Gillis97
Andrea Morris58
Archpriest Geoffrey Korz1