Why should Orthodox Christians care about Noah?

In the ethical dilemmas of Noah, Aronofsky seems to be asking how we can conceive of God without compromising either His justice or His love?
Priest Richard Rene | 12 April 2014 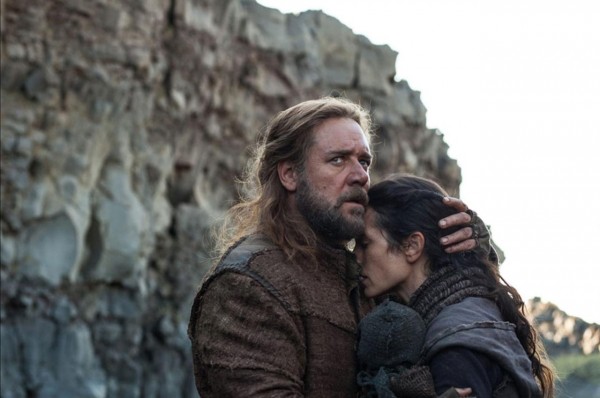 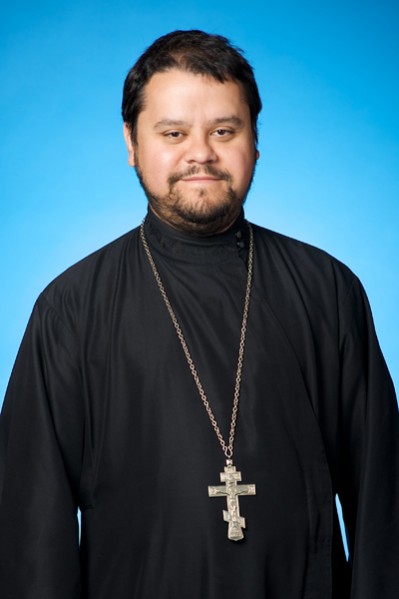 Fr. Richard Rene is a priest in the Orthodox Church of America, a professional writer and has published a number of poetry, short stories and novels. He also has a podcast on Ancient Faith Radio  and posts regular sermons and reflections on his blog Mysterion.

Nor am I attempting to offer a serious critical review of the film; Peter Chattaway has already done a far better job of that on his Patheos blog than I ever could. My purpose here, upon request, is to offer something of a review from the vantage point of an Orthodox priest, someone who engages with popular culture with an eye to what it can teach us about the spiritual life and the kingdom of God.

Here then are a few reflections, based on a single viewing of a film that certainly deserves and has received more attention.

Firstly, it was evident as I watched Noah was that the conceivers of this film—Darren Aronofsky directing and writing, Ari Handel writing with him—were taking their biblical source material seriously. Detractors of the film have accused Aronofsky of playing fast-and-loose with Genesis, and it is certainly true that other than the broad outlines of the story told in Genesis chapters five through nine, Noah does not adhere absolutely to every detail of the biblical text. Indeed, some details, such as Aronofsky’s conception of the ‘giants’ mentioned in Genesis 6:4, are creatively interpreted, to say the least…

Whatever liberties the filmmakers took, however, I would argue that they were choices made in service of a greater purpose. While the giant, stone-encrusted fallen angels were definitely a Peter-Jackson-esque spectacle, they did not exist merely to cater to the demands of the Hollywood blockbuster audience. Rather, Aronofsky’s self-proclaimed intention was to engage with a biblical account and produce a work of popular art that speaks to the concerns of those who would consider themselves ‘persons of faith,’ for whom the story of Noah and the Ark speaks to their lives today.

What are some of these points of concern? I will highlight three.

1. Man’s stewardship of God’s creation. If Noah has a single thrust, it is that the world is a gift from God and that man, who was called to nurture that gift, has failed in his vocation. Aronofsky represents the villains—Tubal-Cain and his people—as an industrial civilization that has raped and robbed the earth. The heroes—Noah and his family—are heroic to the extent that they have committed to preserving and restoring nature to its former beauty and health. They themselves survive the flood only as caretakers; indeed, the central crisis of the film flows from Noah’s conviction that he and his family are just as corrupt as Tubal-Cain and his people, and must also die once the flood has receded and the animals are safe.

In focusing on this theme—man’s relationship to his environment—Aronofsky speaks to one of the central ethical concerns of our age. While Christians in general may regard the issue as secondary, Orthodox Christians can and should engage actively in the conversation. After all, Orthodox theology holds as its central proclamation that, through the Incarnation, God is present everywhere and fills all things (to paraphrase our prayer to the Holy Spirit). Noah asks how we can both “subdue and have dominion” over the earth (as in Genesis 1), while also fulfilling our calling to be caretakers of creation (as in Genesis 2). Orthodox Christians can offer their own answer to this question by articulating our understanding of man as someone who affirms his dominion over the earth, not through violent exploitation, but by a Eucharistic offering up of creation to God “on behalf of all and for all.”

2. The tension and balance between justice and mercy. As I mentioned above, the character of Noah is concerned with justice; indeed, as the story continues, justice becomes a dangerous obsession for him. He begins believing that he must save the innocent from destruction, but when he goes to Tubal-Cain’s camp and witnesses the evils there, his sense of purpose shifts. Now, he is not just the protector and preserver of innocence; he is the bringing of punishment for the guilty—including his own family, who are tainted by association with Tubal-Cain. The film here takes a dark and uncomfortable turn, as Noah’s obsession leads him to threaten those he loves. At the climax, he must choose between following the logic of justice to its horrific conclusion, or allowing love and mercy to prevail…

As someone with an interest in Judaism, Aronofsky is no doubt familiar with the theological conundrum posed in the story of Abraham and Isaac: the righteousness and justice of God demands the sacrifice of Isaac; the mercy of God stops Abraham from committing the act. In the ethical dilemmas of Noah, Aronofsky seems to be asking how we can conceive of God without compromising either His justice or His love?

Here again, Orthodox Christianity can add to the conversation. Rather than a God who judges His creatures according to abstract rules of justice (and then having to somehow bend those rules to be merciful), we can propose that the salvation of Noah and his family was a foreshadowing of Jesus Christ, in whom the righteous God joins the fallen human race so that He might reunite it with Himself. In place of retributive vision of God, where the offended punishes the offender, we can offer the restorative vision of Jesus, in whom the offended and offender meet, and are reconciled in the Cross.

3. The challenges of interpreting and obeying divine will. Noah’s turn towards darkness revolves around his interpretation, or rather, his misinterpretation, of God’s will as it is expressed in three visions. Peter Chattaway, in his second impression of the film, has astutely noted the contrast between the first two visions, which led Noah to predict the coming flood and to build the Ark, and the third ‘vision,’ which led him to turn on his own family. Chattaway also notes that the visions pose an implicit theological question: how do we know the difference between God’s will and the products of our own minds?

This question is yet another area in which Orthodox Christians can have a voice. Noah’s predicament of interpreting his visions stem from the fact that he is the sole interpreter. No one else, not even his grandfather Methuselah, is able to confirm the validity of his interpretations. From the vantage-point of Orthodoxy, however, we can affirm that discerning God’s will, though difficult at the best of times, is nevertheless possible as long as our interpretation is consistent with the body of experience of those who have gone before us. Referring to this ‘tradition’ we can test our individual understandings and hopefully, correct our conclusions if necessary. Thus, for us, Methuselah should have been the one to offer a corrective to Noah’s interpretations. Aronofsky’s decision to render him as relatively unhelpful in this regard may have been necessary for dramatic purposes, but it also reflects an individualistic vision that Orthodoxy would challenge and largely reject.

Whatever one might dislike about Aronofsky’s artistic effort, we can at least say that it is not merely ‘Hollywood entertainment,’ but a serious film whose purpose is to open a larger conversation about deeper issues of faith. Christians should not merely attack the film because of its so-called shortcomings, nor should we receive the movie uncritically, as passive consumers. Rather, we should watch Noah with an expectation of engaging in a conversation of the larger issues I have mentioned, not just with other Christians—Orthodox or not—but with people of faith wherever we may find them. Only then can we share with them the gifts we have inherited, enriching the lives of our neighbours with the good news of the One whom Noah prefigured and His Ark of salvation, the Church.