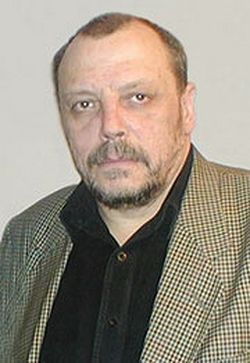 Moscow:  Most Orthodox Christians in Ukraine want to retain their spiritual ties with Russia, a spokesman for the Ukrainian Orthodox Church of the Moscow Patriarchate said.

“The Ukrainian Orthodox Church of the Moscow Patriarchate has 12,000 parishes, 250 monasteries and its own media.

These are structures that should influence public opinion, at least on important spiritual issues,” Vasily Anisimov said Wednesday.

“If we, while preaching, forget about Holy Rus, our unity, common past, common longing for the future, then this should be a subject of public discussions and not only talk inside the church,” Anisimov said in an interview with the Russian government daily Rossiyskaya Gazeta to be published Thursday. Kievan Rus, a medieval state that comprised some parts of modern-day Russia, Ukraine and Belarus, was baptised by Prince Vladimir in the year 988.

“He lamented that this apparently meant the elite wanted to “abandon the common spiritual and historical space where we have lived more than one century together with Russians and Belarussians. “Anti-government protests in Ukraine started in November 2013 when the country’s authorities refused to sign an association agreement with the European Union at a Vilnius summit, choosing closer ties with Russia instead. Commenting on calls by some politicians to have an independent Ukrainian church, Anisimov said the canonical Ukrainian Orthodox Church of the Moscow Patriarchate is independent: it is autonomous in its administrative actions but enjoys spiritual ties with the Russian Orthodox Church.

Speaking about the fate of the so-called Kiev Patriarchate, Anisimov said it would never be recognised by all Orthodox Churches.