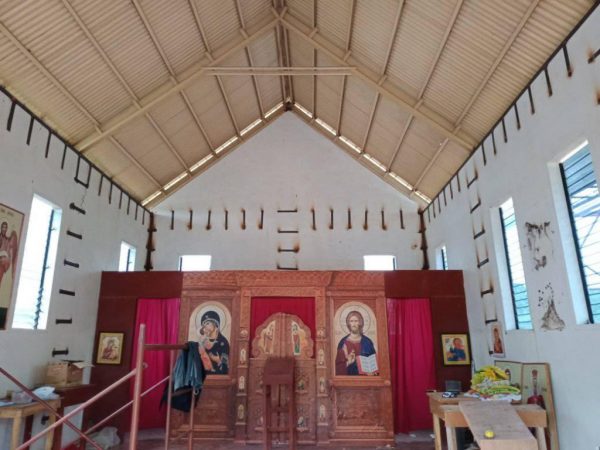 The restoration of St. Queen Helena Church in Little Baguio (Philippines) is completed, the website of the Philippine-Vietnamese Diocese reported on June 14, 2021.

A series of devastating earthquakes on the island of Mindanao at the end of 2019 resulted in casualties, large numbers of local residents were injured and lost a roof over their heads. Orthodox churches located near the epicenter of the earthquakes were also damaged, including the Church of St. Seraphim of Sarov in the village of Makalangot, which was under construction. After that, the structure was strengthened, and later the construction was completed and the church was consecrated.

The Church of St. Queen Helena in the village of Little Baguio survived, but was badly damaged: cracks appeared in the supporting columns and walls, and the concrete cross crowning the church broke. With the help of benefactors from Russia and other countries, it was possible to carry out work to eliminate the damage and strengthen the structure of the church with the help of external reinforcement.