Orthodox Church of Moldova Synod meets for a regular session 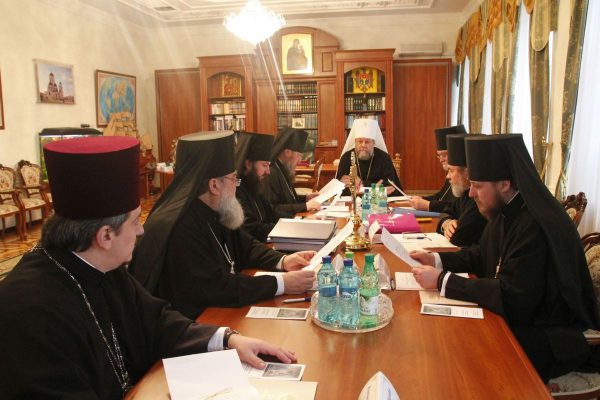 The Synod decided, in particular, to award His Holiness Kirill, Patriarch of Moscow and All Russia, the Order of the Metropolia, the highest decoration of the Orthodox Church of Moldova, on the occasion of his 70thbirthday.

Metropolitan Vladimir made a report on the major events held by the Orthodox Church in Moldova, among them the canonization of St. Gabriel (Banulescu Bodoni), Metropolitan of Chisinau and Hotin, and Blessed Agafia (Maranchuk), a nun from the Kushelovka Convent of the Dormition.

By the decision of the Synod, Kishinev Seminary has been renamed in honour of St. Gabriel, Metropolitan of Chisinau and Hotin.