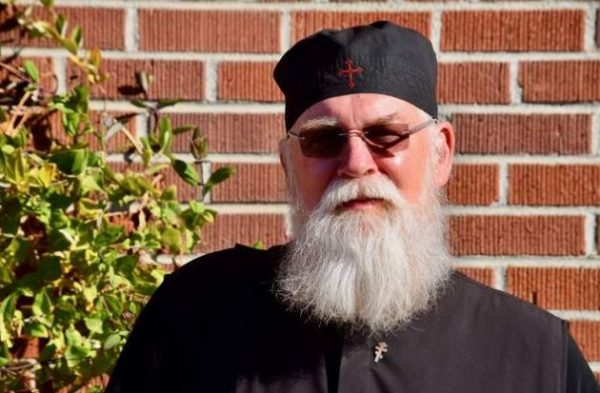 But for the ten years he served in the Washington State legislature representing the 13th district, and before that as a Kittitas County commissioner, he was Bill Hinkle.

A restauranteur in Ellensburg, Hinkle is also a deacon in the Antiochian Orthodox Church — one of a handful of churches in America that claim direct descent from the original church founded by the followers of Jesus.

“We are the historic one, holy, catholic and apostolic church,” Hinkle said. “There’s interest here, I know there are people here who love God.”

The Moses Lake Orthodox Christian Fellowship has been meeting for a while, but only recently have they gone to weekly worship, meeting at the home of the Wytko family at 10333 Rd. 5.6 NE every Sunday from 5 p.m. to 8 p.m. for vespers — an ancient evening prayer — and then for a lesson on Orthodoxy and a fellowship meal.

Orthodox Christians maintain that they practice the original Christian faith as taught and passed down from Jesus’ disciples, and that the churches of the West — Catholic and Protestant — have veered from the original faith.

Most Orthodox denominations in the United States were started by immigrants — Russians, Serbs, Romanians, Greeks, Ukrainians, and Lebanese and Syrian Christians — who came to the country in large numbers more than 100 years ago.

In fact, the Moses Lake Orthodox Christian Fellowship is an outpost of the Antiochian Orthodox Church, which was brought to America by Christian immigrants from the Middle East and has a mission church in Ellensburg.

Hinkle, who once taught Sunday school and was men’s president at a Christian and Missionary Alliance church in Ellensburg, said he was drawn to Orthodoxy because he wanted to know more about the Bible and where it came from.

“If this is the book, who are the guys who gave us the book?” Hinkle said.

It was an accidental encounter with a Greek Orthodox priest that sold him, mostly, on Orthodoxy.

“My heart was sold, but my brain and will were not,” he said.

Only after reading Eusebius’ History of the Church and doing a fair amount of research on his own did Hinkle conclude that the original, authentic Christian Church “looks an awful lot like the Orthodox Church.”

“I was looking for a real sense of worship, and I’d never seen liturgical worship before,” Hinkle said.

But after experiencing the orthodox liturgy — the chants and rituals the comprise Orthodox Christian worship — Hinkle said he was completely convinced.

“This is what I’ve always dreamed about! What I read in the Book of Revelation, I saw!” he said.

He’s hoping others will taste and see as well.

“We’re trying to bring back to America what the church really is, a spiritual hospital to heal,” he said. “Moses Lake doesn’t have the historic church, the authentic apostolic faith of the holy fathers. We’re not well churched here.”

But Hinkle has loved Moses Lake ever since he represented it in the state legislature, and will spend several days a week here trying to see just how much good soil Orthodox Christianity can find in the Columbia Basin.