Source: Pravmir.ru
Natalya Mihailova | 15 October 2015
Nearly 200 Filipinos converted to Orthodox and were baptized in the ocean. 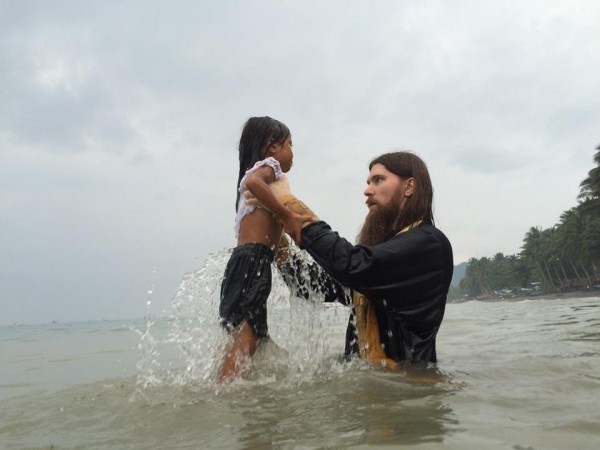 The Baptism lasted around six hours: huge waves 2.5 meters high made the performance of the Mystery very difficult. Following the Baptism, the Divine Liturgy was celebrated, at which the newly baptized people received Communion for the very time in their lives. The organizers report that a total of 187 people were baptized.

They had previously belonged to the Aglipayan Church (the Philippine Independent Catholic Church) in the province of Sarangani in the Philippines.

Bad weather prevented another 200 Filipinos, who were preparing to convert to Orthodoxy, from being baptized. Another date was chosen for their Baptism.

The Orthodox priests, Frs. Stanislav Rasputin and Silouan Thompson, received these Filipinos into the bosom of the One, Holy, Catholic, and Apostolic Orthodox Church.