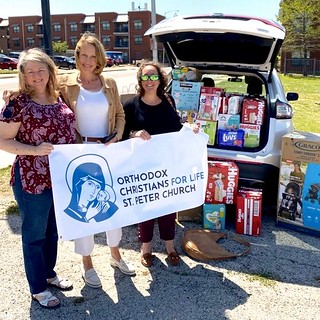 These organizations show how individuals can join their ministries to help more women and children and show them God’s love.

In June, the Supreme Court of the United States overturned the 49-year-old Roe v. Wade decision legalizing abortion in all 50 states. With the high court’s decision in the Dobbs v. Jackson Women’s Health Organization case, the issue of abortion law was sent back to each individual state to be decided legislatively. Yet the inevitable protests, slogans, shouting, and angry social media posts all obscured the person who is at the heart of the abortion question: a woman who finds herself pregnant and alone.

Fr. Adam Roberts of St. Paul Church of Katy, Texas, understands this. In 2019, he and producer Fr. John Finley, chairman of the Antiochian Archdiocese’s Department of Missions and Evangelism, released a nine-part documentary, “In the Name of Choice,” that raised the central question: how can we as Orthodox Christians show love and compassion to both the mother and the child, when she is struggling with a pregnancy in which she has neither the resources nor the support to see it through?

“There is a lot of new interest in the documentary,” Fr. Adam said. “A number of people have told me that they want to do crisis pregnancy ministry full time when they retire after seeing the film.”

“In the Name of Choice” profiles several established Orthodox crisis pregnancy ministries, including the Ohio-based Zoe for Life and The Treehouse in Wichita, Kan. These agencies provide a template for any parish or diocese interested in pro-life work that focuses on the needs of both mother and child. 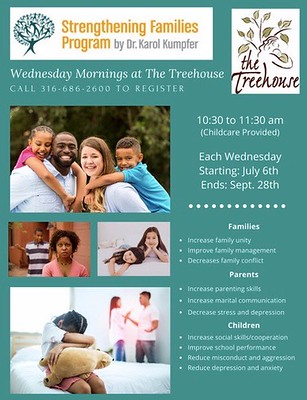 One organization that has been preparing for this new day is Orthodox Christians for Life (OCLife), a non-profit, nationwide movement dedicated to equipping parish communities for pro-life ministry and strengthening the commitment to the sacredness of human life from conception to death.

OCLife was originally founded in 1986 by a group of faithful volunteers who were eventually unable to continue their work. After nearly two decades of dormancy, the organization was revived in 2020 and is now directed by Emily Wilkinson, a parishioner at St. Andrew Church in Riverside, Calif. After the Supreme Court handed down its decision, Emily noted that “As some states will cease abortions immediately and others will welcome ‘abortion tourism,’ the pro-life movement is prepared with open arms to support women in difficult or crisis pregnancies through a robust infrastructure of thousands of pregnancy help organizations.”

For the two weeks of the Dormition Fast, OCLife is inviting the faithful to participate in the “Dormition Fast Prayer Vigil to End Abortion.” Organized several years ago by Antiochian Subdeacon David Mathewes, the prayers have been compiled from various services. Each day, OCLife is posting a different prayer on social media that can be incorporated into your daily prayers during these first two weeks of August.

Recently, Emily answered some questions from Antiochian.org regarding the Dobbs decision and pro-life ministry in the post-Roe world.

1) What were your thoughts after the Supreme Court’s Dobbs decision?

The decision should be cause for celebration and thanksgiving for all Orthodox Christians! We are overjoyed that abortion through all nine months of pregnancy is no longer recognized as a Constitutional right, and that states are now free to enact laws protecting women and babies from the violence of abortion.

2) How can Orthodox Christians help women in crisis pregnancies?

We can begin by augmenting the pro-life movement’s existing infrastructure of 3,000 pregnancy resource centers around the country. These incredible organizations provide no-cost pregnancy tests, ultrasounds, diapers, baby items, parenting classes, and more to women who are at-risk for abortion to help them choose life. They rely on volunteers and financial and material support, which our Orthodox community can contribute. Now more than ever, Orthodox Christians must take up the responsibility of caring for “the least of these.”

(One such ministry profiled in Fr. Adam’s documentary is Heartbeat International.)

3) Can you share examples of our parish communities who are involved in crisis pregnancy ministry?

Our growing network of affiliated Orthodox Christians for Life parish groups are engaging in pro-life ministry in creative ways. St. Andrew Church in Arlington, Wash., has set up a permanent collection spot for ongoing donations of diapers and baby items throughout the year. St. Paul Church in Naples, Fla., held a huge baby shower event to collect items for their local pregnancy center and invited the center’s director to speak to the parish, witnessing Orthodoxy to her in a beautiful way. St. Anthony Church in San Diego, Calif., holds monthly prayer vigils outside an abortion facility to pray for an end to abortion. Indianapolis Orthodox Christians for Life has partnered with a sidewalk advocacy organization to offer abortion alternatives and support to the women going inside a local abortion facility.

Women most often get abortions because they don’t feel that they have the support or resources to raise a child, and often they feel backed into a corner with no other options. In a church or other religious setting, the mother may feel added pressure to hide her guilt and shame through an abortion, which is why our parishes must take care to let young people know that a pregnant mother will always be supported, no matter her circumstances.

4) Within the Orthodox community, what have you discovered is the most common misunderstanding around the issue of abortion?

Out of their concern for women, Orthodox Christians can sometimes be misled by misinformation about abortion spread by the media.

Since the overturn of Roe, abortion advocates have been falsely claiming that in states without access to legal abortion, women will die of life-threatening pregnancies. It’s important for us to realize that abortion is never medically necessary and it is never a treatment for a medical condition. One false claim of abortion proponents is that treatment for miscarriage will be illegal in states that ban abortion. This is false; help for a woman miscarrying is explicitly allowed in every pro-life state.

In some situations, it may be necessary to deliver a baby early to try to save the lives of both patients, but abortion – which is the direct, intentional killing of an unborn baby by poisoning or dismemberment – is never necessary to save a woman’s life. Even in the case of ectopic pregnancy (where an embryo implants outside the uterus and cannot survive; its continued growth will pose a threat to the mother if it does not die naturally), there are several options for treatment, but treatment is not considered medically or ethically to be the same as abortion, nor is it medically coded as abortion.