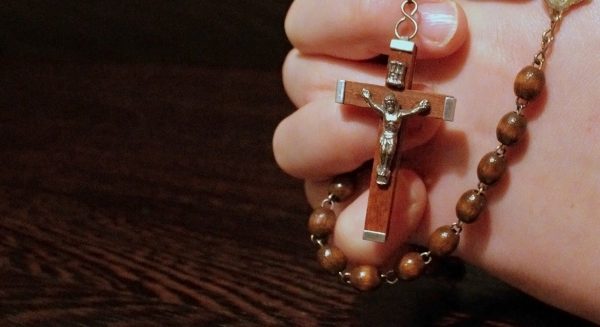 On November 25, 2020 the Orthodox Public Affairs Committee (OPAC) announced its official launch and the start of its work to expose and combat the persecution of Christians around the globe, reports PR Newswire. In accordance with its mission, OPAC will provide public advocacy for the global Orthodox Christian Church, and promote, support, defend and champion worldwide Christianity in the face of oppression, exclusion and prejudice.

“For too long, the diminution and outright persecution of Christians has been accepted as status quo,” said George Gigicos, former Deputy Assistant to the President, Director of the White House Office of Presidential Advance and Co-Founder & Chairman of OPAC. “Although we are primarily Orthodox Christians, we will speak up for all people of faith, because the intolerance of one is the oppression of all. OPAC will bring to light the truth of what is happening in our world today, without fear or hesitation. We look forward to forging partnerships with those who share our values and our goals.”

The seizure last July of Hagia Sophia in Turkey and its re-conversion into a mosque was the organizing motivation behind OPAC, because of the clear historic and cultural precedents that were broken. Co-Founder Nicholas Furris remarked, “This kind of spiritual ‘theft,’ not only of a physical space, but also of its representational value, is unacceptable in the modern world, and OPAC will oppose it whenever and wherever it occurs.”

Christianity is under attack by cultural misappropriation, discriminatory practices towards minorities and direct persecution around the world. OPAC will address these conditions with forceful advocacy to expose these anti-religious trends and garner support to reverse them.

“Our Advisory Council isn’t stacked with academics, theologians or religious scholars. We asked ordinary, everyday people to serve with us who have actually experienced persecution themselves in Africa, the Balkans and other regions,” Co-Founder Andrew Veniopoulos stated. “It’s important to get their stories out, which for too long have fallen on deaf ears in the media and with policymakers around the world.”

You can learn more about OPAC at OrthodoxPac.org  and you can follow the organization on social media at @OrthodoxPac.