Orthodox faith was the decisive factor for the Victory, Archpriest Vsevolod Chaplin believes

Source: Interfax-religion
Natalya Mihailova | 09 May 2015
Moscow, May 8, Interfax - Orthodox faith played the main role for the Victory in the Great Patriotic War, head of the Synodal Department for Church and Society Relations Archpriest Vsevolod Chaplin believes. 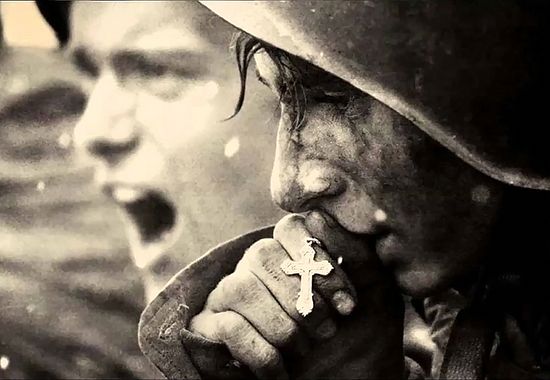 “Despite the fact that state atheism was officially established in the Soviet Union, it was Orthodox faith and moral principles connected with it and national spirit formed by it that constituted the decisive factor for winning the Victory,” the priest writes in his article published by the Rus Derzhavnaya paper.

Citing the veterans’ memoirs, he points out that even political instructors and Komsomol leaders made the sign of cross in the hardest moments, they thought about God more often “than about Stalin and the Communist Party.”

“However, the state system also helped achieve the Victory: collectivism, readiness to sacrifice, victory of common over private, understanding that it was the battle between universal good and universal evil – all these things united people in one identity and one heroic exploit,” the article reads.

Most viewed articles
A Great Time to Join the Orthodox Church220
New Jersey Governor Signs Bill Legalizing Abortion Up To Moment of Birth93
The Way of Christ Is The Way of Love76
Brooklyn Street Co-Named for Antiochian Pastor Who Served a Half Century There61
Metropolitan Hilarion: the Church and traditional confessions have done everything possible to improve the situation in Kazakhstan53
First Church in the Antiochian Archdiocese Named for St. Xenia of St. Petersburg Prepares for Feast Day48
Metropolitan Hilarion Celebrates the 20th Anniversary of His Episcopal Consecration45
My World’s Different44
Patriarch Porfirije of the Serbia: Our Position on the Church Issue in Ukraine Has Not Changed13
1
Most popular authors
Frederica Matthewes-Green220
Pravmir.com team159
Ryan Foley93
Fr. Theodore Stylianopoulos76
Peter Samore61
Protopresbyter Themistoklis Mourtzanos44