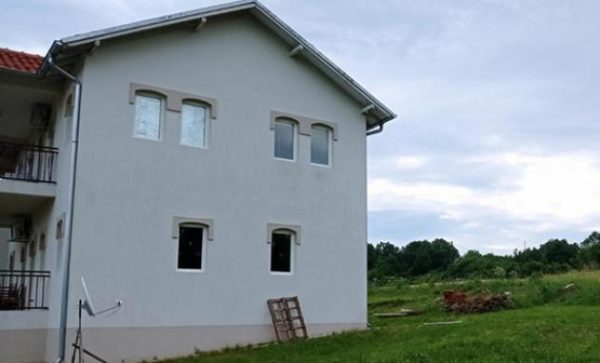 On the eve of the feast of Holy Pentecost, there were a number of attacks on the property of Orthodox Serbs in Kosovo. On June 11, 2022, burglars tried to break into the parish house of the Church of St. Archangel Gabriel in the Kosovo village of Osoyan, where Orthodox Serbs returned to permanent residence after ethnic cleansing. The burglars came to the building late in the evening, but they were noticed by a local priest, who prevented the crime. It is not the first time they have tried to rob the parish house, but the perpetrators have not been brought to justice yet.

The incident with the parish house was the third in one day. Earlier that day two Serbian shops in Velika Hocha were looted, where cash registers with money and nearly all products were stolen. For Serbs who live in this Metohija enclave and struggle to survive under very difficult conditions, these shops have been a significant source of income, reports the Serbian government’s Office for Kosovo and Metohija.

“The series of incidents signal a new wave of ethnic intolerance against Serbs in Kosovo and Metohija, and that the security situation in the province is being put to a serious test by the international community,” the statement said.

If the Serbs cannot celebrate their church’s holiday, if their property is stolen, if their shrines are desecrated, and their very existence is threatened, then all this, as the Office notes, “causes additional anxiety for the people living south of the Ibar.” The duty of the international community in such situations is to “break through the wall of silence with its concrete actions.”

It is noted that about 50 Serbs displaced by the Albanian authorities from the territory of the municipality of Suva Reka could not come to their native village of Mushutiste on Pentecost, on June 12, 2022, to traditionally celebrate the patronal feast of the destroyed Holy Trinity Monastery.