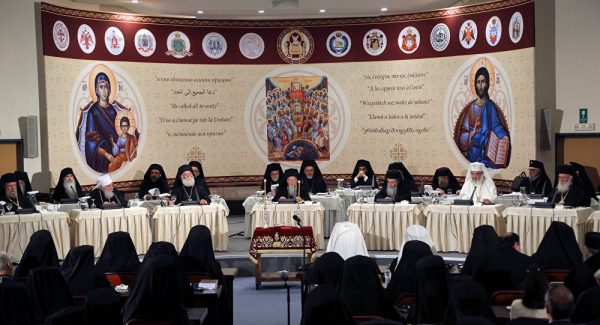 On Sunday, Patriarch Kirill of Moscow and All Russia celebrated his 70th birthday. Representatives of all local Orthodox churches attended the celebrations at the Cathedral of Christ the Saviour in Moscow,

“Of course, we wanted all churches to attend the Council, but we are all different. It hurt a little that we had failed to completely consolidate ourselves,” the metropolitan told RIA Novosti in an interview published on Friday.

According to the metropolitan, the celebrations of Patriarch Kirill’s anniversary prove that pan-Orthodox unity is still intact.

“All the Orthodox have come! If the unity had been damaged, they would not have come here,” Metropolitan Sawa said.

The Holy and Great Council of the Orthodox Church, also known as the Pan-Orthodox Council, was held on the Greek island of Crete on June 16-27 after over five decades of preparations. The event was set to become the first meeting of the heads all the Orthodox churches in more than 1,000 years.