Orthodox Volunteers Will Build a Church in Honor of St. Sergius of Radonezh in Moscow

Source: Pravmir.ru
At the festival’s end the church will be donated to a parish in Moscow’s western district.
Natalya Mihailova | 18 June 2014
PRAVMIR. On July 5, 2014, at the “Kolomenskoye” open-air museum in Moscow during the “Russian Field” Third International Festival of Slavic Art, volunteers from the social movements “Common Cause” and “Soroka” will in one night build a church in honor of St. Sergius of Radonezh, which will be an exact copy of the St. Andrew Church built in 1702 on Solovki by Peter the Great. 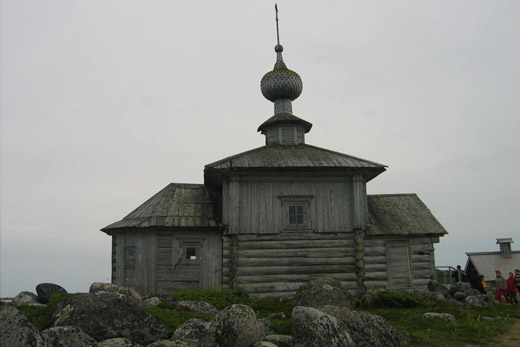 This was reported by Patriarchia.ru.

These volunteers have previously participated in the construction and restoration of churches in many regions of Russia. They willingly responded to the call for help in building a church in honor of St. Sergius of Radonezh.

At the festival’s end, the church will be donated to a parish in the Moscow’s western district, which is participating in the “200 Churches” joint program between the Government of Moscow and the Russian Orthodox Church.

The church’s construction was made possible thanks to the support of the St. Basil the Great Foundation.

According to the head of the volunteer organizations that revive wooden churches of the Russian North, Priest Alex Yakovlev, “The project ‘Common Cause’ has existed for five years. During this time, seventy expeditions have been organized: we have found and described 120 temples; in eighty-five churches we have removed debris and completed emergency restoration work. In three churches and three chapels the restoration work has been completed; they are now completely restored. During the first two years of the project, only five or six people would participate, but now there are more than 200 people participating every summer.”