Orthodox world does not back church schism in Ukraine, only recognizes canonical Church – Patriarch Kirill

Source: Interfax-religion
Natalya Mihailova | 28 January 2016
Chambesy, Switzerland, January 27, Interfax - Patriarch Kirill of Moscow and All Russia said the primates of the Orthodox Churches agree with him in the condemnation of the church schism in Ukraine. 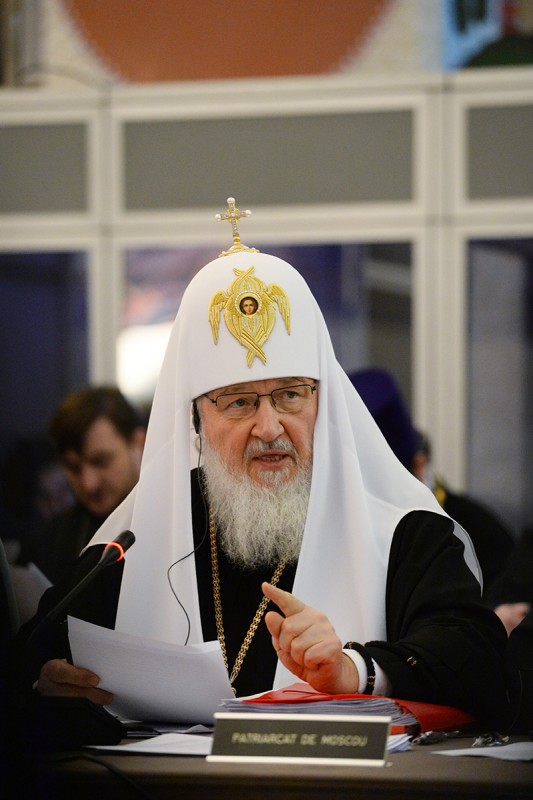 “Interpretation of these facts [the church schism in Ukraine] given by the summit participants was exactly the same as that of the patriarch of Moscow and All Russia. And those who started that division, that unrest in Ukraine should understand that well. This schism will not be supported by the Orthodox world,” the patriarch told reporters following a visit to Chambesy, Switzerland, where the heads of the Orthodox Churches met to discuss preparations for the Pan-Orthodox Council.

The patriarch reiterated that there is only one way to overcome the Ukrainian schism: “It’s through negotiation, and achieving results, on the basis of the holy canons.”