Over 80% of Russians against same-sex “marriages”

Source: Interfax-religion.com
Natalya Mihailova | 19 May 2015
Moscow, May 18, Interfax - The percentage of Russians who are positive about the law banning the propaganda of homosexuality is increasing and is now 77% against 67% in 2013, Levada Center told Interfax. 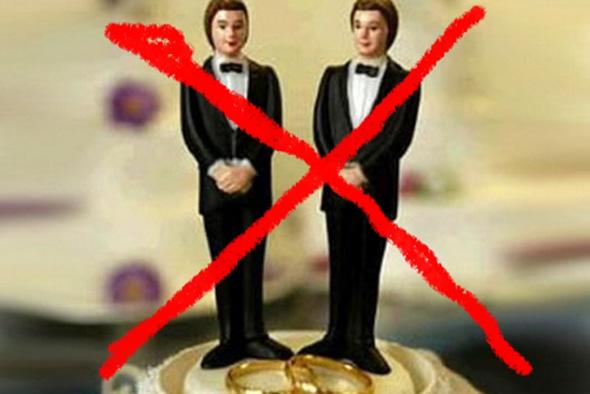 Fifteen percent of the respondents do not support this law and 7% said they are not interested, a poll surveying 800 people conducted in 46 regions of Russia shows.

Over half of the respondents said they see this law aims to protect morals (67% against 60% in 2013), while 14% believe it aims to distract public attention from other problems and 7% believe it is aimed at fanning feud.

Seven percent of the respondents said they support the idea to allow same-sex “marriage” in Russia and 84% said they are negative towards it.

Two-thirds of Russians said their feelings about homosexuals are manly negative: fear and loathing (24%), irritation (22%), and tension (19%). One out of every four respondents (26%) reacts to homosexuals and lesbians “calmly, without any special emotion.” Only 3% are friendly to homosexuals or interested in them.