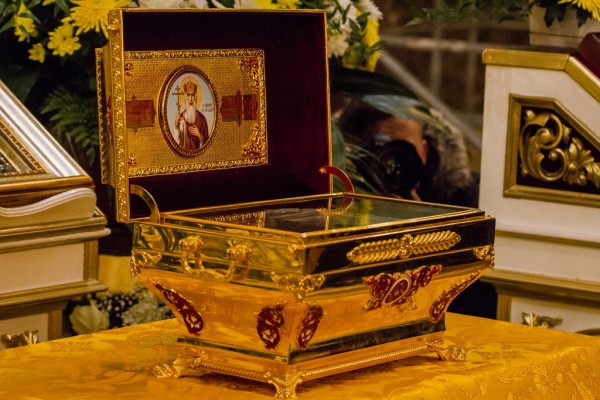 These are the results of the resumed action, during which the shrine was taken to different cities of the country. It was initiated by the Russian Orthodox Church, supported by St. Basil the Great Foundation and timed to the widely celebrated this year 1000-year anniversary of the Russian Baptist’s decease.

The action started on May 27 in Tula and was resumed on December 1 in Kaliningrad. During the time the reliquary was taken to the cities of Central Russia, the Volga Region, Kuban, Siberia and the Far East and to regional centers of Byelorussia, totally to 80 cities. According to estimates of the organizers, about a million of icons with Patriarch Kirill’s blessing were given to believers who came to venerate the relics.

“The reliquary with St. Vladimir’s relics traveled along Russia, it visited the country’s most remote borders, again symbolically baptizing Russia with the territories added to it after the saint’s decease,” Konstantin Malafeyev, founder of St. Basil the Great Foundation, said.