Overcoming the Vice of Anger

The ability to keep silent is very highly valued in human society. Not without reason is it said that silence is golden, but the word is silver. A silent person is able to control his thoughts, words, and actions. It is for this reason that silence was (and still is) so highly appreciated in the ascetic practice of the Church.
admin | 09 March 2011

Sermon of His Holiness, Patriarch Kyrill of Moscow and All Russia, Delivered on Tuesday of the First Week of Great Lent, 2010, at the Convent of the Nativity of the Mother of God in Moscow 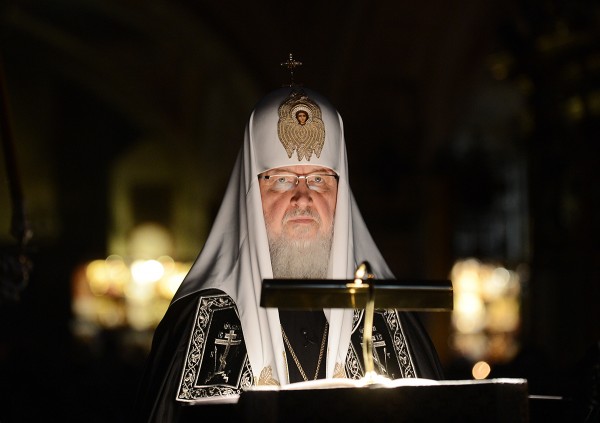 Sin, which is rooted in the human soul, manifests itself in the form of various vices. There are among them some that are particularly dangerous, both for the person who bears them and for the people around him. Anger and spite are among these dangerous vices. John Climacus, considering them, said that they are a spiritual disease. Just as there are many causes of a physical illness, so too are there many causes of a spiritual illness.

Anger is a form of expressing one’s disagreement with the words and deeds of those around one. This means of expressing disagreement is accompanied by an inadequate reaction, when one raises one’s voice, uses spiteful words, and insults others. Frequently anger is the result of a mental disorder, the result of an illness of the nervous system. In this case it is the object of medical care; what interests us is anger as a manifestation of one’s inner life, as a sort of spiritual illness. What lies at the foundation of this illness? What are the causes and roots of this disease?

As with the majority of vices, anger grows out of human pride. A proud man, who places himself in the very center of life, develops a sense of self-confidence. Self-confidence asserts itself more and more in one’s proud attitude to the surrounding world. And if someone says or does something to the proud man that he does not agree with, he takes this as a challenge to his sense of “I,” which is the most important and central thing in the world. Hence arises this dreadful emotion, accompanied by raised voices, angry words, and terrible facial expression. With the force of his words and facial expression, this person attempts to strike a blow against those who disagree with him.

There is something in this vice that is torturous for the person himself, for an angry person does not have friends. Anger destroys relationships with one’s neighbors and relatives, creating an extremely difficult atmosphere. How many families are destroyed only because someone in the family is unable to control his anger, making life unbearable! Saint Tikhon of Zadonsk, considering the vice of anger, said: “How awful an angry man looks – but what must be going on in his soul!” Indeed, at the moment of anger, the human soul suffers; anger truly is a manifestation of a disease of the soul.

Anger has very dangerous consequences in human life. John Climacus, considering this topic, says: “Nothing prevents the Holy Spirit from entering us as much as anger.” If person does not fight with anger, if he is not aware of the danger of his spiritual disease, then anger turns into spite.

Spite is a distortion of human nature itself. Spite is the kind of illness that leads to an irreversible process in the spiritual life resulting in the destruction of the human personality. Apostle Paul expressed it remarkably: Let not the sun go down upon your wrath: Neither give place to the devil (Ephesians 4:26-27). In other words, if one is angry longer than one day, then his anger turns into spite; and where there is spite [in Russian: zloba] there is the devil, because the devil is evil [in Russian: zlo]. And if one stays angry for a long time, then an irreversible process begins in his spiritual life. A spiteful man can be intemperate when speaking, because he lives in spite. It is not possible to yell and be abusive at all times, but it is possible to keep this spite in one’s heart throughout the entirety of one’s life. In order to avoid such a terrible contortion of one’s spiritual life, it is necessary to battle against anger, not allowing anger to turn into spite.

What means does the Church offer us for overcoming the vice of anger? The first and foremost means is silence. Set, O Lord, a watch before my mouth (Psalm 140:3) – we must remember these remarkable words of the psalm each time we suddenly feel the urge to vent our anger against our interlocutor or against someone with whom we work or live. The ability to keep thy tongue from evil means to do good (Psalm 33:13, 15).

The ability to keep silent is very highly valued in human society. Not without reason is it said that silence is golden, but the word is silver. A silent person is able to control his thoughts, words, and actions. It is for this reason that silence was (and still is) so highly appreciated in the ascetic practice of the Church. This does not mean that everyone must stop talking and become mute. This is impossible, since the majority of people are engaged in social life and in a variety of relationships with others. But the value of silence is in the fact that, through it, we can guard ourselves from anger and spite.

Of course, the greatest means of overcoming this vice is prayer. When we feel that anger is stirring in our hearts, we have to stop, be silent, and turn to God in prayer. This is very difficult to do. But if during the great and saving Holy Forty Days we begin the struggle of battling against anger and irritability, we will make a very important step towards the Lord. May the Lord help us during the great and saving Holy Forty Days to overcome the vices that characterize us all, and to make at least small, but real, steps toward the Risen Savior! Amen.