Pan-Orthodox Council to be held in Greece this June

Source: Interfax-religion
Natalya Mihailova | 28 January 2016
Shambesy, Switzerland, January 27, Interfax - A Council of Orthodox church leaders, which has not been convened in over one thousand years, will be held on the Greek island of Crete in June 2016. 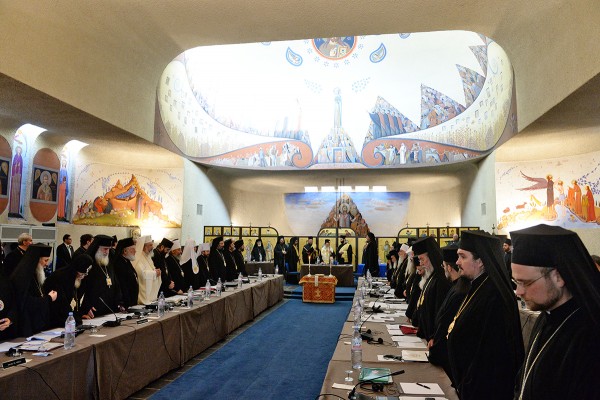 “The Council will not be held in Istanbul. The position of the Russian Church was accepted. We proposed Athos, or Rhodes, or some other place, but the Patriarch of Constantinople proposed Crete,” Patriarch Kirill of Moscow and All Russia told reporters after ending his visit to Shambesy, Switzerland, where Orthodox church leaders met earlier to discuss preparations for the Pan-Orthodox Council.

This Greek island is under the jurisdiction of the Patriarch of Constantinople, this place was proposed because “it has the most favorable conditions: there is a room for 400 people, accommodation, and Crete is a venue for very many of different conferences, including theological ones,” the Russian Church leader said.

“We know this place well and, of course, we accepted Crete as the Council venue,” Patriarch Kirill said.

For his part, the Patriarch’s spokesperson Priest Alexander Volkov told Interfax-Religion that the Council will begin on June 19, the Holy Trinity Day.