Source: ROCOR
Natalya Mihailova | 06 August 2014
For the first time, a joint commemorative Divine Liturgy was celebrated on July 19, 2014, for the fallen Orthodox warriors of World War I, with the blessing of the Assembly of Canonical Orthodox Bishops of Australia and Oceania. 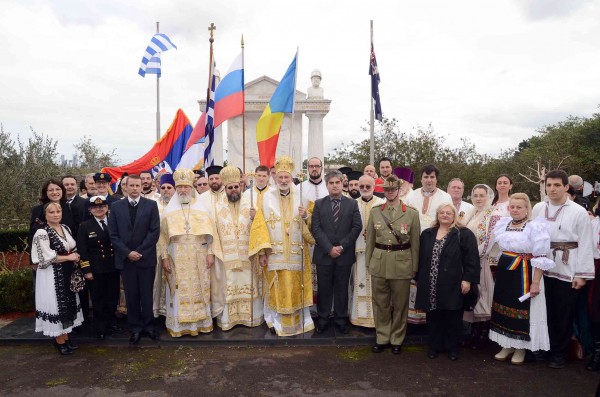 The service was performed in the large Greek church of the Monastery “It is Truly Meet” in Melbourne, Australia. Participating were clergymen of the Local Orthodox Churches of Constantinople, Russia, Serbia, Rumania and Antioch. Bishops of the Greek, Serbian and Rumanian Churches officiated, who were joined by three priests and one deacon from each Church.

Divine Liturgy was performed in each of the languages represented, plus English. The choirs, which also represented each jurisdiction, sang in their own tongues. The Holy Gifts were distributed from two chalices. 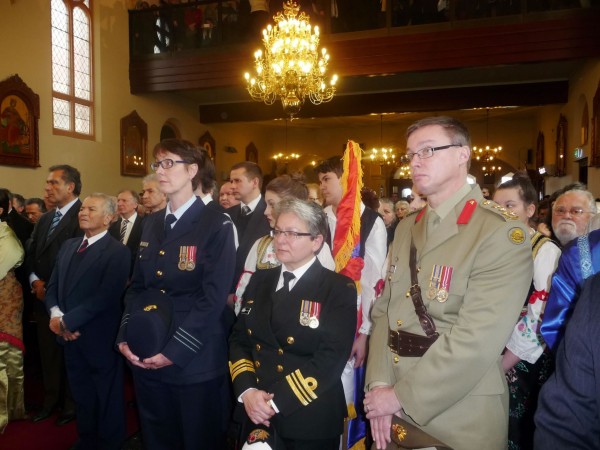 The spiritual intensity was shared by all who attended this historic event. Many worshipers were brought to tears. A common patriotism gripped everyone, a sense of love for each one’s Fatherland. The power of the service was compounded by the realization of how many Orthodox Christians live in Melbourne. The young people were particularly struck by this realization. The service was a good example for the children in inspiring within them a sense of pride and respect for the history of their nations. It was heartwarming to see children wearing folk costumes at the service.

“This is one of the traditions we strive to preserve for our new generations,” said Vladyka Ezekiel of Melbourne of the Constantinople Patriarchate. He also expressed thanks to the clergymen, laity, officials from the diplomatic corps of the various nations and members of the Australian military who came to honor the memory of the Orthodox Christian soldiers who gave their lives on the battlefield during World War I. Vladyka pointed out that in order to preserve peace, Orthodox Christians possess nothing greater than faith and prayer, both a hundred years ago and today.

At the end of Liturgy, a commemorative litiya was performed with the blessing of koliva [or kollyba, a blessed wheat-honey dish]. Then, in the presence of the Serbian Ambassador, the Consul General of Greece and the First Secretary of the Russian Embassy, Oleg Frantsev, as well as representatives of the Australian military, wreaths were placed in the monastery’s garden to honor the fallen warriors of World War I

After services, the honored guests were offered a memorial luncheon at which Protopriest Michael Protopopoff, the organizer of the commemorative event, gave a speech on the origins of the First World War and its tragic consequences for millions of Orthodox Christians.