Source: DECR
Natalya Mihailova | 30 March 2016
On 29 March 2016, the first meeting of the Pan-Orthodox Secretariat of the Holy and Great Council of the Orthodox Church began at the Orthodox Centre of the Patriarchate of Constantinople in Chambésy, near Geneva, under the chairmanship of Metropolitan Jeremiah of Switzerland (Patriarchate of Constantinople). 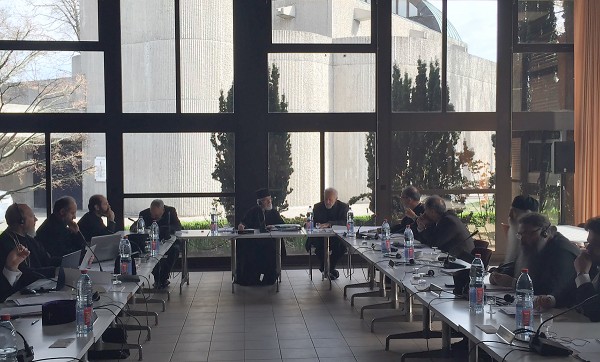 With the blessing of His Holiness Patriarch Kirill of Moscow and All Russia, the Russian Orthodox Church will be represented at the Pan-Orthodox Secretariat by archpriest Nikolai Balashov, vice-chairman of the Department for External Church Relations. Rev. Anatoly Churyakov takes part in the meeting in his capacity as the DECR interpreter.