Paris attacks nothing to do with real Islam, Northampton vigil told

Source: Northampton Chronicle
The terror attacks in Paris were nothing to do with religion, a gathering at a Northampton church was told.
Natalya Mihailova | 16 November 2015 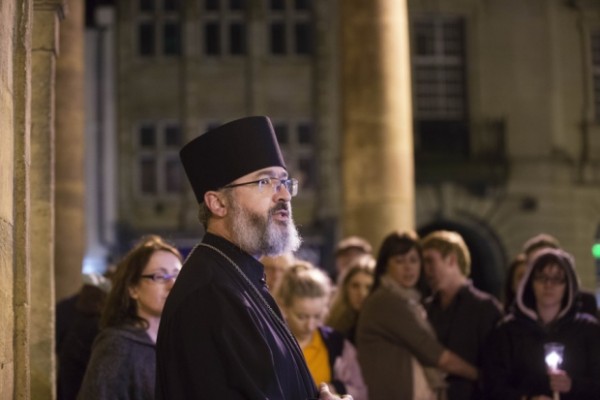 Father Tim Curtis, of St Anne’s Orthodox Christian Church, Cattle Market Road, was one of several speakers at this evening’s vigil outside All Saints Church and emphasised that the killers had no real links to Islam.

He said: “The people who are committing these attacks are using religion as an excuse. Nothing that they say or do looks like a faith in God.

“They are not even taught Islam. They are in poverty and are told their children and families will be looked after and educated if they carry out these attacks.

“They are being sold a lie.

“This terrorism is not about Islam. It’s about power and poverty.” 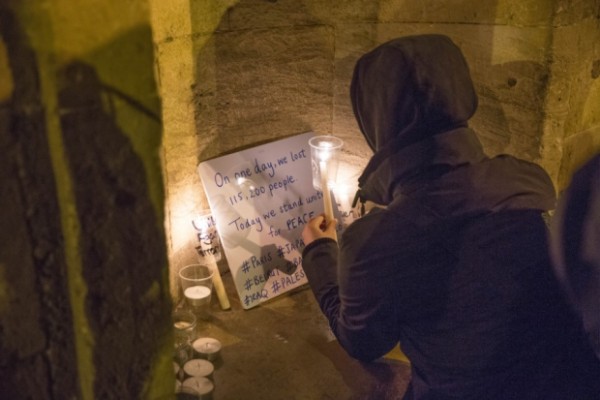 Vigil at All Saints Church, Northampton

The vigil, in memory of victims off all terrorist attacks, was attended by about 60 people and included a minute’s silence.

Organiser Bianca Todd, of Community Court Yard, said: “Northampton is a place where people have for a long time been welcomed whatever their background.

She added: “This gathering is showing people that they don’t need to be afraid.

“When terrorism happens, you can stand without fear and in peace.”