Pascha Celebrated at the Dormition Church in Beijing 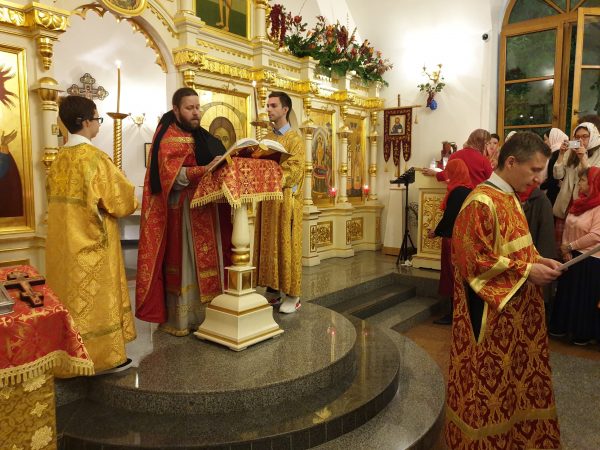 On Pascha night, a festive divine service was held at the Church of the Dormition of the Most Holy Theotokos in Beijing.

The Divine Liturgy was celebrated by the rector of the Dormition Church, Hieromonk Innokenty (Kolesnikov).

Among those present were representatives of the diplomatic corps of the Russian Embassy in the People’s Republic of China and diplomats from other embassies, whose citizens overwhelmingly profess Orthodoxy. Citizens of many countries participated in the celebration of Pascha, including Russia, Belarussia, Ukraine, Moldova, Serbia, Romania, France, and Germany. A group of Albazinians, Orthodox Chinese, descendants of Russian Cossacks, whose ancestors were brought to China by the Kangxi Emperor in the 17th century, also prayed during the service.

The Paschal Gospel readings were read in Church Slavonic, Chinese, English, German, French, Italian, Greek, Romanian, Ukrainian, Serbian and Russian, according to the website of the Dormition Church.

After the litany of fervent supplication, those present offered a prayer for peace in Ukraine.

The Paschal message of His Holiness Patriarch Kirill of Moscow and All Russia was also read during the service in Russian and in English.

Addressing those present with a sermon, Hieromonk Innokenty (Kolesnikov) reminded those present of the significance of the Resurrection of Christ for every person, about the Christian attitude towards death and the universal resurrection of the dead.

At the end of the service, the artos were consecrated, and Paschal food was also consecrated. After that, the participants in the service continued their communication in the refectory of the church. 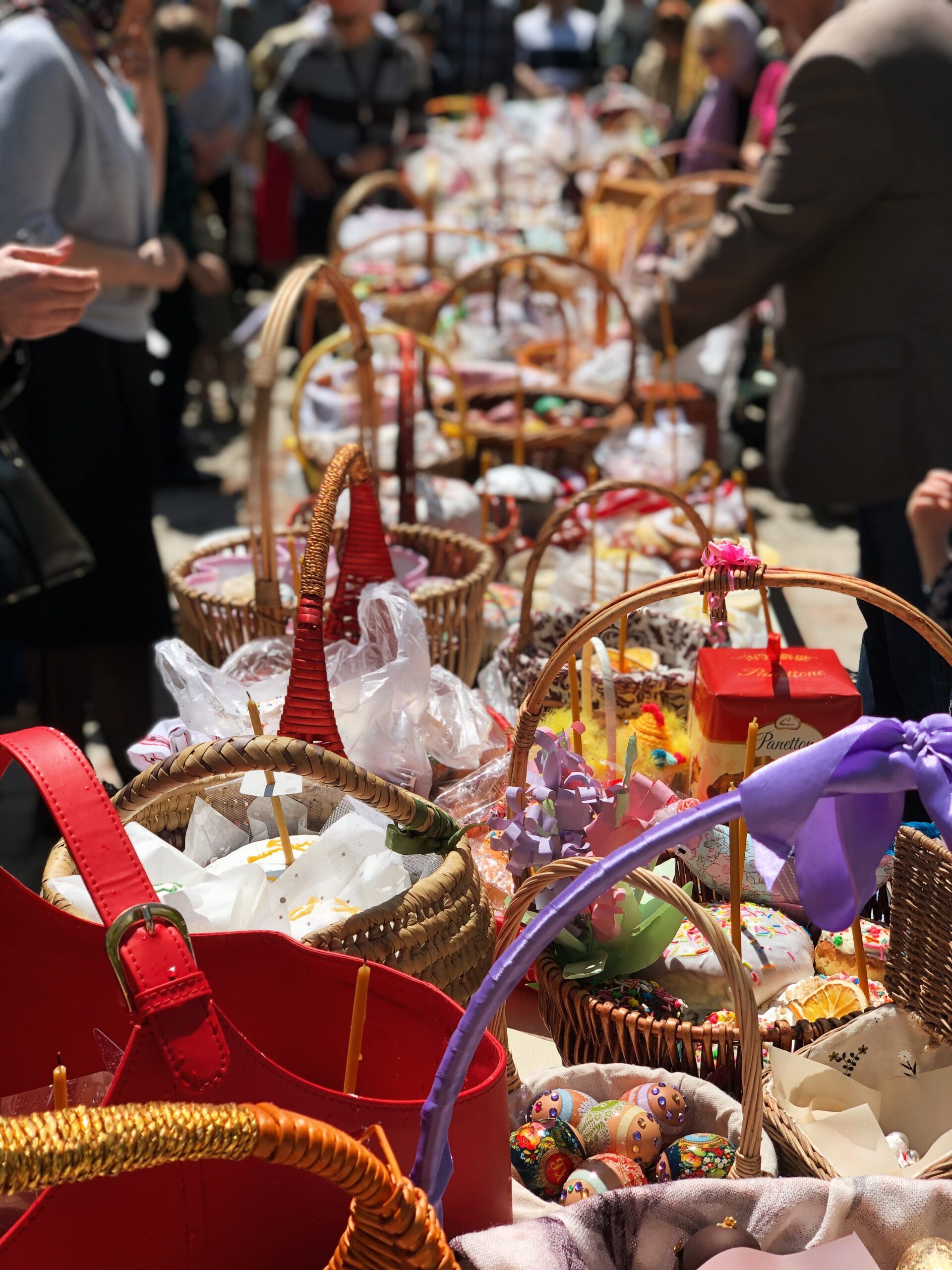 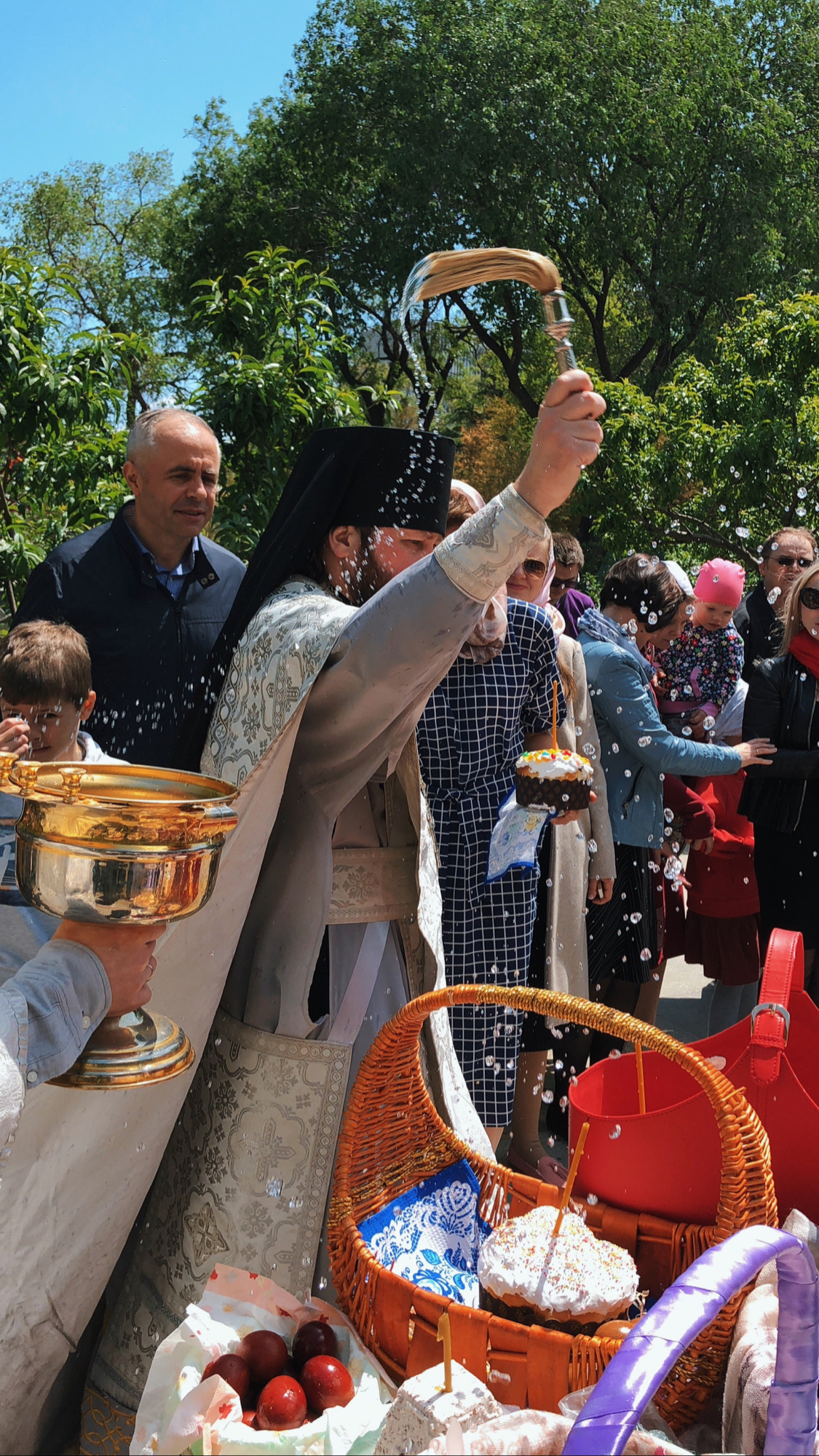