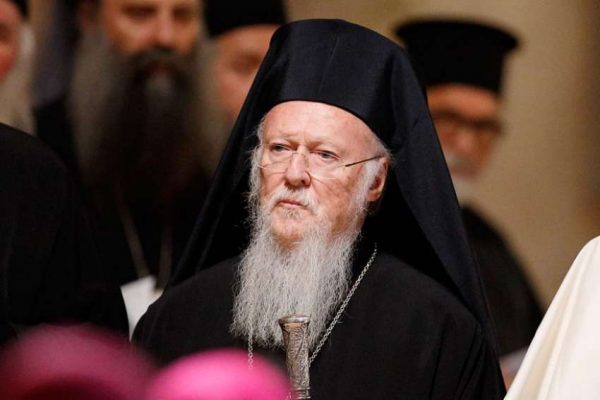 “In the past few months, numerous comments and evaluations of this important document have been made,” the patriarch wrote Dec. 2 in L’Osservatore Romano, the Vatican newspaper.

“People have asked how specific doctrine has been developed or defended or if pastoral questions have been modified or resolved and if particular norms have been strengthened or mitigated,” he said.

“Whether it regards the challenges of marriage and divorce or sexuality or raising children,” he said, the matters treated in the document “are all delicate and precious fragments of that sacred mystery we call life.”

For too long, he said, people were “suffocated and blocked” from reaching out to God for forgiveness and strength by the notion of a “heavenly Father who in some way dictated human conduct.”

“Religious leaders are called to remind themselves and then others that God is life and love and light,” he wrote. “In fact, these are the words repeatedly underlined by Pope Francis in his document, which discerns the experience and challenges of contemporary society with a view toward describing a spirituality of marriage and the family for today’s world.”

The patriarch said it was no accident that the pope’s letter, Amoris Laetitia (“The Joy of Love”), was released in April, about the time he and the pope went to the Greek island of Lesbos to meet with refugees.

“In fact, what was immediately clear to both of us while we looked at the sad faces of the victims wounded by war was that all of these people were members of families, families split and torn apart by the hostilities and violence,” the patriarch wrote.

The pope’s document, he said, touches the experience of those families and of all families because it speaks of God and “when we speak of God, the descriptive language we use is that of love.”

Patriarch Bartholomew said Pope Francis, like the early fathers of the church, did not shy away from sensitive questions, but “their point of departure always is the loving and saving grace of God, which shines on every person without discrimination or disgust.