Source: Agenda.ge
Natalya Mihailova | 08 January 2015
The Patriarch of Georgia Ilia II has wished a Merry Christmas to all Georgians living in the country and abroad. 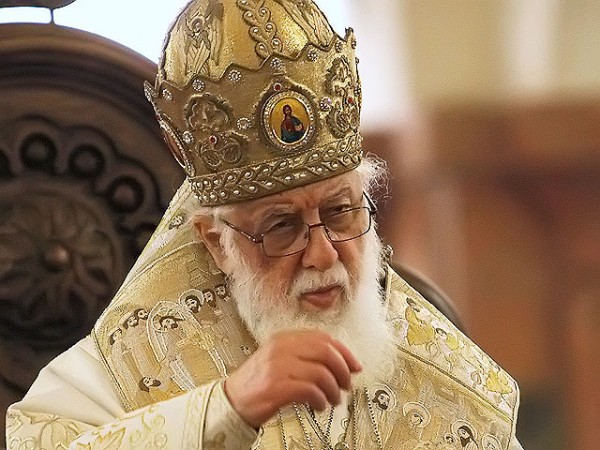 In his Christmas epistle, the Patriarch focused on issues such as marriage, the responsibilities of men and women in the family and society, causes of recent instances of violence against women and abortion.

The Patriarch stressed men were the head of a family but women had other, no less important responsibilities.

“A man has a divine responsibility and obligation to protect his wife and children, be a devoted leader of the family and the breadwinner. On the other side, the major responsibility of a woman is the upbringing of children and caring about her family. However, this role does not exclude the woman’s social activeness,” the Patriarch said.

The Patriarch suggested that if a man failed to fulfill his obligations in the family, the situation would cause tension and could result in violence against women. According to Ilia II, creating jobs and making improvements in the social-economic field could seriously diminish family violations and aggression in public.

The Patriarch stated it would be helpful if all types of violations, including abortion, to be discussed.

The religious leader also admitted that a husband and wife were one unity who shared each other’s happiness and sorrow and were equal before God.

However, Ilia II has said there were currently many families that ignored their responsibilities and obligations. He also spoke about several reasons affecting the family unity and happiness. These reasons included establishing a relationship purely on attraction and the couple failing to achieve real love based on Christian study and keeping mercy. Other reasons were not understanding the  responsibility of marriage, including loving one another; less devoutness of one party; heavy involvement of parents or relatives in a couple’s family business; drug addiction and similar dependencies.

The Patriarch admitted that to overcome recent challenges everyone should think about improving themselves.

“We should pure our soul, mind and heart, our thoughts and feelings, pardon and reconcile.”

The Patriarch blessed every Georgian family living locally or abroad, as well as the families of residents of other nationalities living in Georgia.

Members of the Georgian Orthodox Church, together with part of the Orthodox world, celebrate Christmas today in accordance with the Julian calendar.