Source: InSerbia
Natalya Mihailova | 05 August 2015
SREMSKA RACA – Serbian Orthodox Church Patriarch Irinej said during the first commemoration of the Day of remembrance of suffering and persecution of Serbs late on Tuesday that the Croatian military Operation Storm 20 years before had been “a tragedy of biblical proportions” hitting the Serbian people, “a grave crime committed by our brothers in faith with whom we share common historical ties.” 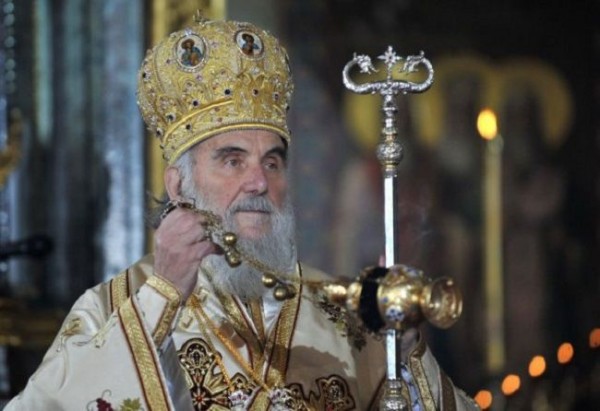 The Serbian Patriarch said that the crime had been committed by those who were our brothers in faith, in the same Church, but “with the small difference that we are Orthodox and they are Roman Catholics.”

A recent proposal by Pope Francis to form a committee of representatives of the Serbian and Croatian people to look into the reasons for such a great hatred between the two neighboring and in many way similar nations is encouraging, Patriarch Irinej said in Sremska Raca, a village on the Sava River in northwestern Serbia, where he took part in in the central commemoration event.

The Patriarch stressed that Serbs were not a genocidal people and had never been that. On the contrary, many have perished as a result of crimes against them, and they have been presented as a nation that hates, persecutes and kills, he said.

“Such an image is far from what we really are,” Patriarch Irinej said, adding that evil and malice had never brought anyone any good and stressing that love should win over everything and should be cherished in one’s heart and among the nations.