Patriarch Kirill: We Also Stand With You On Guard for our Homeland

Source: Pravmir.ru
Natalya Mihailova | 11 May 2014
May 9, 2014. PRAVMIR. On May 8, 2014, the eve of Victory Day, Patriarch Kirill of Moscow and All Russia laid a wreath at the Tomb of the Unknown Soldier near the Kremlin wall. 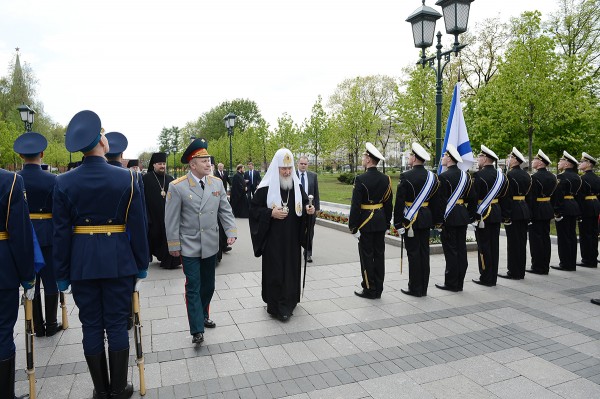 After the laying of the wreath and the military orchestra’s performance of Russia’s national anthem, the Primate of the Russian Orthodox Church and clergy chanted “Eternal Memory” to the “leaders and soldiers who laid down their lives for the faith and the Fatherland” and chanted the Paschal Troparion “Christ is Risen from the dead,” noted the press-service of the Patriarch of Moscow and All Russia. 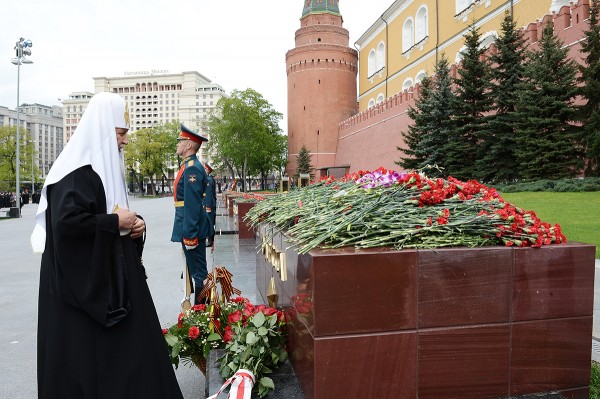 “Dear Vladykas, Fathers, and Brothers! I heartily congratulate you all on Victory Day. This is a day of celebration for both state and church; truly, we celebrate Victory Day on the feast day of St. George, when the last shots were made in Berlin, and we pray to St. George, who is the patron saint of our country, and the patron saint of our capital, that the Lord might show His mercy towards our Fatherland, so that there might not be any more wars, which carry away the lives of innocent people.

“We also stand with you on guard for our Homeland, since life’s spiritual foundations and the people’s national identity bring victories, not only in times of peace, but also on the battlefield. Let us pray for our Fatherland, for our military, so that each of us may lead a peaceful and quiet life in all piety and honesty. I congratulate you on Victory Day!” 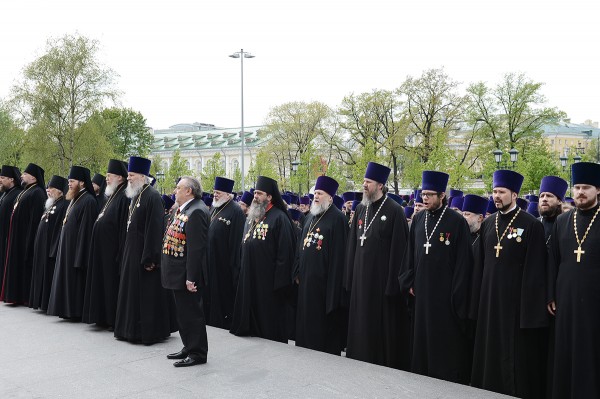 Patriarch Kirill then approached the stele of the hero-city of Odessa, which is located next to the tomb of the Unknown Soldier on the Alley of “Hero Cities,” where he laid flowers and prayed for the repose of all those killed during recent tragic events in Ukraine.