Source: DECR
Natalya Mihailova | 19 November 2015
On November 18, 2015, His Holiness Patriarch Kirill of Moscow and All Russia and Moscow Mayor Sergey Sobyanin visited the Patriarchal Metochion of the Holy Martyrs of Chernigov in Moscow. 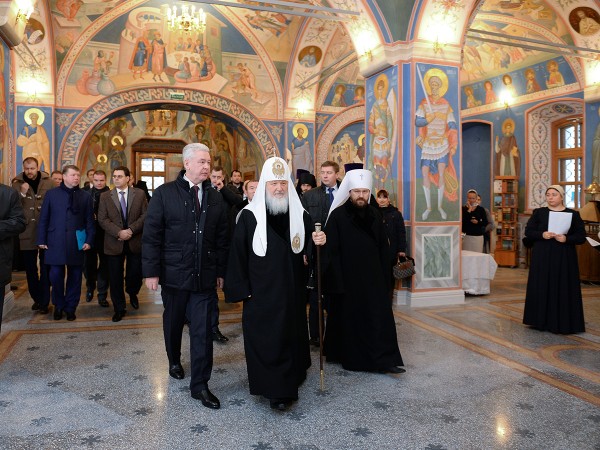 The architectural compound of the metochion, a monument of the 14th-15th centuries and object of cultural heritage of federal significance, was restored for the centenary of St. Vladimir Equal-to-the-Apostles and the 600th anniversary of the metochion.

At present, the metochion hosts the Ss Cyril and Methodius Institute of Post-Graduate Studies. 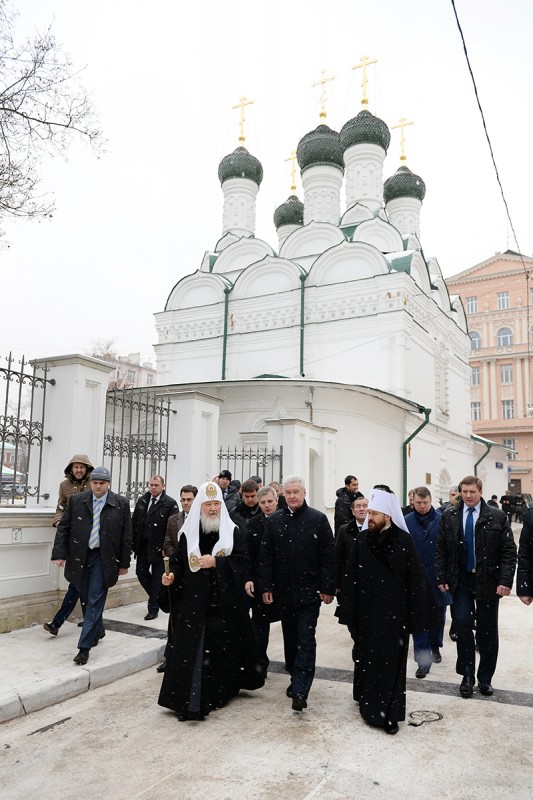 Patriarch Kirill and Mayor Sobyanin inspected the results of the restoration work carried out at the church of St. John the Baptist, a part of the metochion compound.

In an interview to the mass media, Mr. Sobyanin noted that along with the restoration work in the compound, a face-lift was given to adjacent streets.

Then in the church of the Holy Prince Michael and His Boyar Theodore of Chernigov, the Moscow chief architect, Mr. S. Kondrashev, introduced the guests to the archaeological discoveries made during the restoration work.

Patriarch Kirill and Mr. Sobyanin also inspected the territory of the metochion, the belfry with a fresco of the Beheading of St. John the Baptist and the 19th century building housing the Cyril and Methodius Institute.