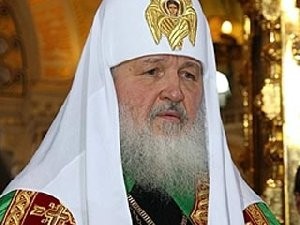 Patriarch Kirill of Moscow and All Russia has asked Russian President Vladimir Putin to interfere in the situation with the kidnapping of two Christian leaders in the Syrian city of Aleppo to assist their release.

“Due to this tragic incident, I’m asking you to make efforts in the framework of opportunities Russia has for the fastest release of the Syrian hierarchs,” the Patriarch said in an appeal to Putin posted on the website of the Moscow Patriarchy.

Patriarch Kirill said that the Russian Church “which knows the price of human pain and suffering not by hearsay, has a firm stance on the inviolability of the precious gift of life, unacceptability of actions aimed at intimidating and abusing civilians, including the clergy.”

Mass media outlets reported that on April 22, militants of the Syrian opposition captured brother of Patriarch John X of Antioch, Metropolitan of Aleppo Paul Yazigi, and Syriac Orthodox Metropolitan of Aleppo Youhanna Ibrahim. Their driver, a deacon, died. It was reported that the two priests were resolving humanitarian issues of a local population in the village of Kafr Dael situated near the border of Syria and Turkey.

Most viewed articles
Metropolitan Hilarion of Eastern America and New York to Be Buried in Jordanville on May 22161
Patriarch Kirill: The Peoples of Russia and Ukraine Have No Interest in the Conflict156
Metropolitan Hilarion of Eastern America and New York Reposes in the Lord117
Communion restored between the Serbian Orthodox Church and the Macedonian Orthodox Church – Ohrid Archbishopric117
What Do We Celebrate at Mid-Pentecost?100
Metropolitan Onuphry: One Needs to Search for the Truth in Spiritual Life, not Easy Ways93
Celebrating 100 Years with Paschal Joy62
Patriarch of Serbia to Concelebrate with Archbishop Stephen of Ohrid37
Family Life and Spiritual Warfare16
Most popular authors
Pravmir.com team680
Ioannis Foundoulis100
Priest Luke A. Veronis62
Archpriest Michael Gillis16
Maria Trushanina1