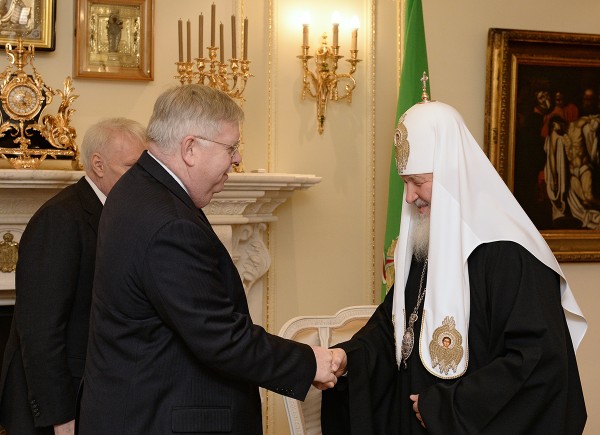 “I think there is a special need for closer contact when problems arise in the relations between our countries. I am deeply convinced that difficulties and problems come and go, but it depends on the people how fast they go,” the patriarch said in a meeting with U.S. Ambassador John Tefft in Moscow on Friday.

He recalled that Russian-U.S. relations began under Empress Catherine II and that “there have been very many positive things in them.”

“However, of course, there were problems and we are now going through such problems,” the patriarch said.

Tefft, for his part, said he has visited many monasteries and churches since his last meeting with the patriarch a year ago.

He said he appreciates the hospitality extended to him by the clergy, adding that it has deep personal significance to him.