Source: Interfax-religion
Natalya Mihailova | 29 April 2016
Moscow, April 28, Interfax - Patriarch Kirill of Moscow and All Russia is concerned about the future of Europe. 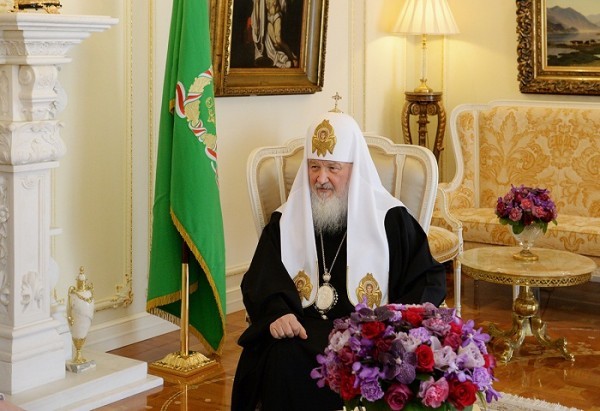 “If the moral and value foundations of European life are revised, what does it mean to the European civilization? And at the same time, the flow of refugees, who have a foreign religion and culture. It’s a colossal challenge. And we don’t know how this challenge will be taken,” the patriarch said, in an interview with NTV television, a complete version of which will air on Sunday, for Easter.

Speaking about the development of the modern civilization, he said that “the world is going straight to hell.” “I don’t know how it will be taken now, but as a priest, I have to say honestly what I think. Because, if you destroy the moral foundation of a person, destroy his internal life, reformat, the person stops being a person,” the patriarch said.

The patriarch also spoke about the revival of faith in Russia, saying that it cannot be explained just by the efforts taken by priests.

“Here, we have a surprising combination of factors, historical, philosophical and political. And religious, of course. We have a new flock and, by God’s mercy, I believe that the face of the Russian Orthodox Church is being renewed,” he said.

Most viewed articles
Living with Cunning People135
When Apples Are Sometimes Oranges88
The Tree Heals the Tree70
The Synodal Residence in New York hosts the Council of Bishops of the Russian Orthodox Church Outside of Russia60
The work of the Church in society is quiet, but full of hope and love, says the Director of Lumina Publications56
Patriarch Kirill: The Church Prays for the Fraternal Strife to End as Soon as Possible49
Besides intellectual instruction, young people also need prayer, Patriarch Daniel says as new academic year begins28
Voluntary Blood Donation Takes Place in Churches in Serbia26
Most popular authors
Pravmir.com team135
Fr. Andreas Agathokleous135
Archpriest Michael Gillis88
Archpriest Stephen Freeman70
Ștefana Totorcea56
Aurelian Iftimiu28