Source: Interfax-religion
Natalya Mihailova | 27 July 2016
Moscow, July 26, Interfax - Patriarch Kirill of Moscow and All Russia has praised the mission of the Russian military in Syria. 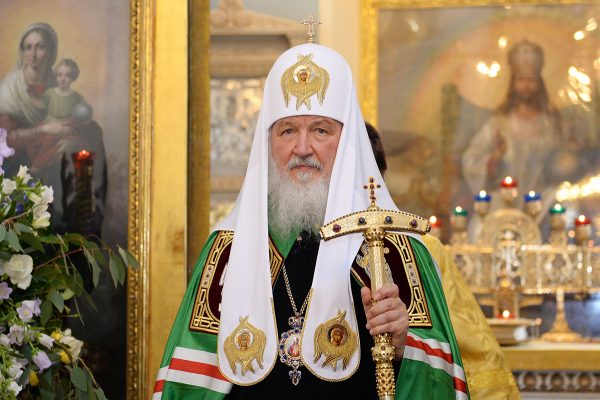 “We know that today the Armed Forces of Russia play a decisive role in combating terror in Syria. They are not involved in domestic political struggle in that country, they are not proposing any plans of political changes that would not stem from the stated wish of the Syrian people. This is a surprisingly noble and honest stance,” the patriarch said on Tuesday after a liturgy at the Moscow metochion of the Church of Antioch.

“That is why we regard our brethren who are now defending the Syrian people from terrorism with great reverence, love and gratitude and we know that sometimes they lose their lives,” he said.

The patriarch said that even before the revolution Russia and the Russian Orthodox Church regarded it as their special duty to defend Orthodox Christians in the Middle East. “We know that sometimes this defense led to armed conflicts and the blood of our soldiers was shed but Russia always took these uneasy steps to defend Christian Orthodox presence in the Middle East,” he said.

Today “when our Christian Orthodox brethren are threatened with a horrible terrorist force, when due to this force civic peace has been undermined in Syria, when this force is eliminating the Syrian people, both Muslims and Orthodox Christians, Russia has again stood up to defend its brethren,” the patriarch said.

He said that there is no political strategy here but there is “the continuation of the great historical tradition that is based on love for the Church of Antioch and the Christian Orthodox people of the Middle East, a willingness to guarantee peace and justice in that region.”