Source: TASS: Russian News Agency
Patriarch Kirill said that "all of us have to ponder over what is happening to the human civilization, the human race"
Natalya Mihailova | 15 July 2016
MOSCOW, July 15. /TASS/. Primate of the Russian Orthodox Church Patriarch Kirill of Moscow and All Russia has described the tragedy in Nice which killed more than 80 people, including a Russian citizen, as "an insane act of terror". 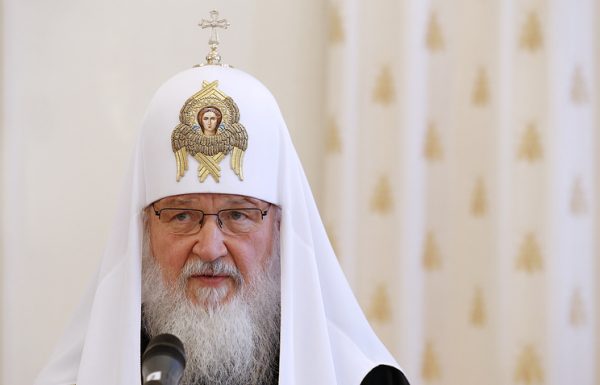 “A terrible terrorist attack, an insane act of terror occurred in Nice,” the patriarch said ahead of a Holy Synod meeting in Moscow, adding that “all of us have to ponder over what is happening to the human civilization, the human race.” A terrorist attack is a way of waging a war, the most terrible and inhumane one at that.” He noted that “killing civilians has always been considered a crime, and here the murder of innocent people is the main method of waging a war.”

“I am strongly convinced that a true answer to a question of what contemporary terrorism is like and what it means can only be given in the light of the religious understanding of the current state of modern humanity. I believe at some point we should move closer to a clear and genuine understanding of what contemporary terrorism means,” the patriarch said.

A meeting of the Holy Synod of the Russian Orthodox Church chaired by Patriarch Kirill began with a moment of silence for the victims of the terrorist attack in Nice.

There were thousands of people at the moment of the attack on Thursday evening on Nice’s Promenade des Anglais, who were leaving a festive firework display commemorating Bastille Day. A truck rammed into the crowd at full speed.

According to the latest reports, 84 people have been killed, while several dozen sustained injuries. The Russian Union of Travel Industry said a Russian woman was killed in the attack, while another Russian woman was wounded.