Source: DECR
Natalya Mihailova | 04 February 2016
On February 2, 2016, His Holiness Patriarch Kirill of Moscow and All Russia, presenting his report to the Bishops’ Council of the Russian Orthodox Church, reminded the bishops that in the pre-council period, such commemorative dates were celebrated as the 1025th anniversary of the Baptism of Russia and the Millennium of the Repose of the Holy Prince Vladimir Equal-to-the-Apostles. 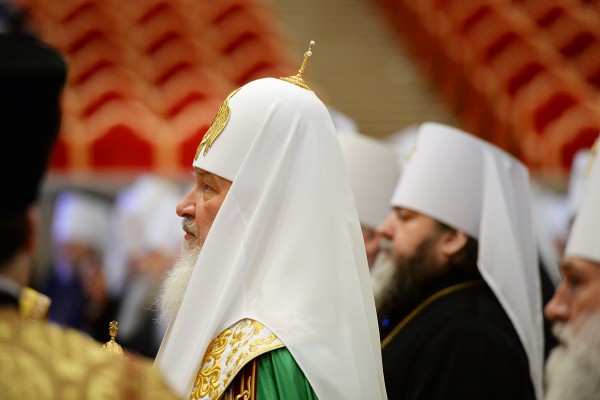 ‘The conscious choice made by the holy prince and followed by the people of Rus’ is not just an event of the past’, His Holiness said, ‘We all, our peoples in the unity of each of them and in their common unity, should again and again confirm this choice, overcoming by the power of their will, intellect, heart and spirit the resistance we encounter not only among ourselves but also in the world around us.

‘Our people, who adopted the holy baptism and became part of the rich depository of the Eastern Christian civilization, could produce a multitude of great spiritual warriors, zealots of faith and devotion. We commemorated the 700th anniversary of the repose of the greatest of them – St. Sergius of Radonezh in 2014. Today the example of his life and spiritual feat is especially needed by our society and his behests that we should preserve fraternal love and unity resounds today as a distinctive alarm.

‘The Holy Prince Vladimir and St. Sergius made the most important influence not only on the spiritual unity of our people but also on the national unity of earlier separate forces.

‘In the recent years, we have witnessed how those who have rejected Christian principles bring tragic and sometimes bloody division in the Ukrainian people, one of the peoples – heirs of the Holy Prince Vladimir. We all should give all possible support to His Beatitude Metropolitan Onufry, the episcopate of the Ukrainian Orthodox Church, its clergy and faithful in their efforts for peace. Your Beatitude, your efforts are an example of how Orthodox Christians seek unity there where division is propagated and sow love there where hatred is spread.

I ask you all, dear fellow-archpastors to continue praying together with your flock for our brothers and sisters who are in trouble in the Ukrainian land and for those who are driven away from their churches and subjected to mockery and insult. Let us continue praying for all Ukraine, so that peace and love of one another may come to it’, Patriarch Kirill said in conclusion.

Information Service of the Bishops’ Council 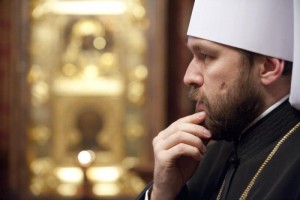 The Church cannot and must not take sides in a conflict because by doing so we,… 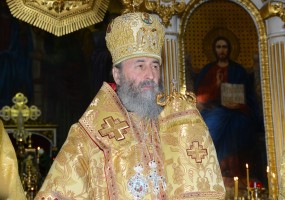 We should look into our soul and realize how responsible we are for current events. Your…