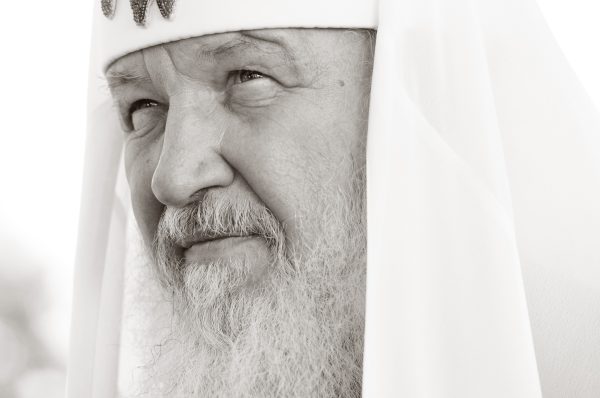 Heads and representatives of Orthodox churches arrived in Moscow to congratulate the primate. On Sunday they will celebrate the Divine Liturgy together with Patriarch Kirill in the Cathedral of Christ the Savior.

A photo exhibition dedicated to his ministry and church history in the 20th century has recently opened in Moscow on the occasion of the primate’s jubilee.

Orthodox youth of the capital prepared a present to the patriarch – it is a big cake cooked under supervision of the best culinary experts, which will be conveyed to the patriarch after the service.

On the eve of the jubilee Patriarch Kirill asked rectors of Moscow churches not to give him flowers, but instead to donate money to St. Alexy Hospital located in the Russian capital.

Patriarch Kirill (secular name Vladimir M. Gundyayev) was born on November 20, 1946, in Leningrad. He is a priest in the third generation. The patriarch’s grandfather in Soviet years actively struggled against closing churches and the renovation schism, he was subjected to repressions, went through 47 prisons and seven exiles and was among the first prisoners of the Solovetsky prison camp. He had seven children, but donated almost all his money to monasteries of Mount Athos. The patriarch’s father also had ardent faith, was subjected to persecutions for faith and exiled to Kolyma.

Future Patriarch Kirill was very religious from the very childhood, and told that when he was three-four years old, he liked to “conduct serves” at home, to put on “sacerdotal robes” especially sewed for him. When he was six or seven, he was able to “conduct” a prayer service or a requiem without a single mistake. He was the only child at school who didn’t join the pioneer organization.

He is a disciple of Metropolitan Nikodim (Rotov), who laid a foundation of the contemporary dialogue among Christians of various confessions and worked to save the Russian Church from elimination in times of Khrushchev and Brezhnev.

Time of his patriarchal ministry has already been marked with a number of important achievements: foundations of religious education were introduced in the school program, institute of chaplains was set up in military forces, diplomas of church higher education establishments are recognized by the state. Besides, the historic meeting between the primate of the Russian Church and the Pope of Rome took place under Patriarch Kirill.