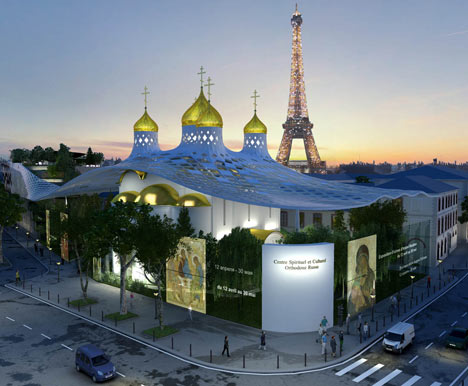 “His Holiness the Patriarch will pay a pastoral visit to the diocese of Cherson. On December 4 he will perform a consecration of the St. Trinity Cathedral at the Orthodox spiritual-cultural center in Paris. On December 7 the patriarch will lead a ceremony on the occasion of the 80th anniversary of the foundation of the church of the Resurrection of Jesus in Zurich,” Russian Church spokesman priest Alexander Volkov told Interfax-Rligion.

The Russian Orthodox Spiritual-Cultural Center in Paris opened on October 19 of this year. It is a 4,200-square-meter four-building complex in the 7th arrondissement of the French capital, which includes a cultural center on Quai Branly, an education center in Rue de l’Universite, an administrative building in Avenue Rapp, and the St. Trinity Church.

The center is part of the Russian Embassy in France and has diplomatic immunity.