Source: TASS: Russian News Agency
"The consecration of the MGIMO church is an event that has long been awaited by community members, including the students," рriest Alexander Volkov, Patriarch Kirill’s press secretary said
Natalya Mihailova | 08 March 2016
MOSCOW, March 6. /TASS/. Patriarch of Moscow and All Russia Kirill consecrated a new Church of St. Alexander Nevsky at the Moscow State Institute of International Relations (MGIMO) on Sunday. 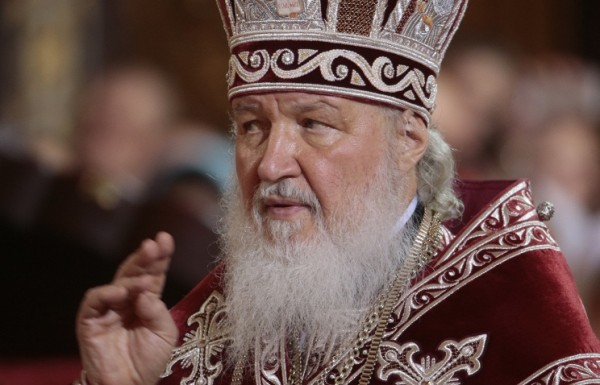 “The opening of a church at the country’s leading diplomatic institution of high learning will be a milestone event as important as the opening of the Church of St. Tatiana under the Moscow State University in the mid-1990s. In this sense, it is vitally important that the MGIMO leadership had given real support and assistance for the church’s construction while the institute’s students are becoming its parishioners,” Priest Alexander Volkov, Patriarch Kirill’s press secretary, said earlier. He added that the church already had quite a numerous community, including MGIMO students and teachers, who used to attend church services in a temporary set up church for the past few years.

“The consecration of the MGIMO church is an event that has long been awaited by community members, including the students,” Volkov said.

The idea of building the church devoted to Alexander Nevsky, the patron and guardian of Russian military and diplomats, belongs to MGIMO’s teachers and students. It first appeared in 1999. Patriarch of Moscow and All Russia Alexiy II blessed the construction in 2005.

The church’s construction kicked off in 2013 as part of a program for erecting Orthodox churches in Moscow.