Patriarch Kirill “The duty of the Church is to intercede on behalf of those who are subjected to violence, who need protection, whose life is in danger.”

His Holiness Patriarch Kirill of Moscow and All Russia has sent the following Message to Locum Tenens of the Metropolitan See of Kiev, Metropolitan Onufry of Chernovtsy and Bukovina, to the Archpastors, Pastors and All the Faithful of the Ukrainian Orthodox Church on the Situation in Ukraine: 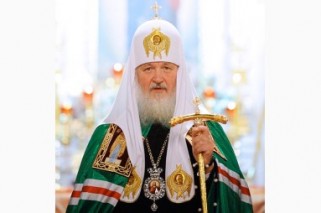 Your Eminence Onufry Beloved in the Lord, Locum Tenens of the Metropolitan See of Kiev,

Most Reverend Archpastors and Pastors,

With sorrow, anxiety and pain do I look at what is happening in Ukraine now.

Political discords have led to the confrontation and divisions between people including those who are bound by the common faith. Under threat is the existence of Ukraine as a united state. These developments have resulted from an internal political crisis and the inability of various socio-political forces to negotiate a non-violent settlement of problems existing in society.

The faithful of our Church are people of various political views and beliefs including those who are standing today at the opposite sides of the barricades. The Church does not take a particular side in political struggle. But the duty of the Church is to intercede on behalf of those who are subjected to violence, who need protection, whose life is in danger.

Responding to your appeal, your Eminence, I assure you and our Ukrainian flock that I will do everything that is possible to persuade those in power that they cannot allow destroying peaceful people in the Ukrainian land so dear to my heart.

The blood of our brothers shed in Kiev and other cities in Ukraine is a fruit of hatred, which participants in the confrontation let the enemy of the human race cultivate in their hearts. Let the Lord stop any hand raised to inflict pain and suffering and to bless those who defend peace. May He, Our All-Merciful Father, prevent brother from going against brother, prevent any continuation of the violence and defilement of shrines. May no more victims be in the Ukrainian land. Let us lift a common ardent prayer for that.

None of those who live in Ukraine today should feel strangers in their own home, whatever language they may speak. Any further polarization of society and growth of violence against civilians cannot be allowed. The whole population should have their rights and liberties guaranteed, including the right of participation in the making of fateful decisions. Those is power must prevent violence and lawlessness. The Ukrainian people themselves are to determine their future without any external impact.

The brotherhood of the Russian, Ukrainian and Byelorussian people is a reality achieved through suffering in history by many generations of our ancestors. This reality living in our hearts is to define our future and it cannot be sacrificed to momentary interests.

Today, on the Sunday of Forgiveness, I make an ardent appeal to all my brothers and sisters in Christ to forgive and understand each other. I appeal to all the powers that be: do not allow violence against civilians!

O Lord, bless Your people and protect those who live in the Ukrainian land against every evil!