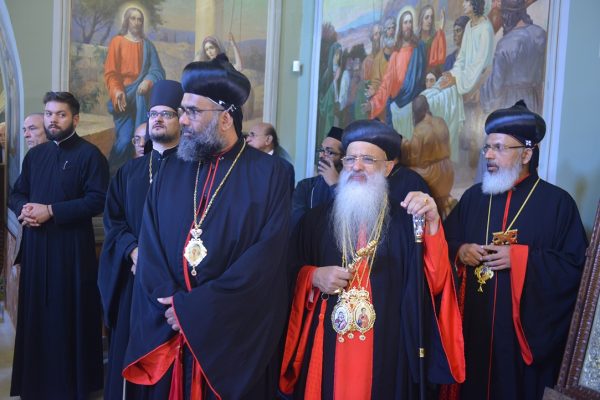 His Holiness, Patriarch Kirill of Moscow and All Russia, met for the first time with His Holiness Catholicos Baselios Marthoma Paulose II, Primate of the Malankara Orthodox Church, India on September 3, 2019.

“Russian people have had a special interest in India since ancient times. There were desperate people who would go to India on foot… and then would tell their compatriots about the fairy-tale country they had visited,” noted His Holiness, Patriarch Kirill, at the meeting at the Danilov Monastery in Moscow, reported TASS.

The Primate of the Russian Orthodox Church said that it used to be “a discovery for many people that there is a strong Christian community in India, which did not appear as a result of Western mission, but existed from the very beginning of Christianity: the Apostolic time.”

In his turn, His Holiness, Catholicos Baselios, noted that the Russian Orthodox Church holds an important place in the religious world.

“With the intercession of Apostle Andrew and all the saints, your Church has become a spiritual source for the entire world. As for us, Saint Thomas has opened a path to Christ,” said the Primate of the Malankara Church.

The Malankara Church is part of the family of the Oriental Churches along with the Coptic, Ethiopian, Eritrean Churches and the Armenian Apostolic Church. According to tradition, it was founded by St. Thomas in the 1st century. Its center is located in the State of Kerala, India. It has dioceses and parishes in India, Malaysia, Singapore, Australia, Europe and North America. The latest visit of its Primate to Russia took place in 1976.