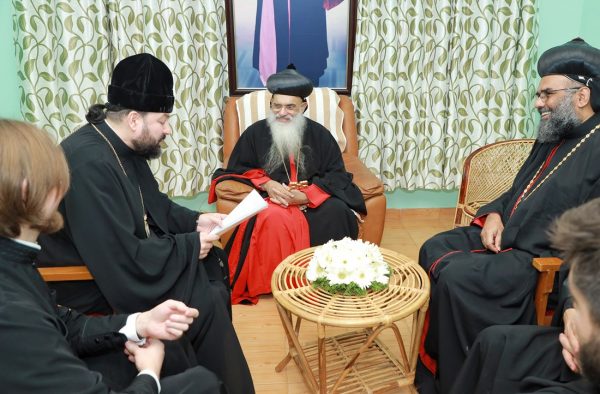 On February 3-7, 2020, the first session of the Working Group for Coordinating Bilateral Relations between the Russian Orthodox Church and the Malankara Church took place in Kottayam, state of Kerala, India.

An agreement on establishing the Working Group was reached by His Holiness Patriarch Kirill of Moscow and All Russia and His Holiness Baselios Marthoma Paulose II, Catholicos of the East and Malankara Metropolitan, during the official visit of the Primate of the Malankara Church to Russia on August 31 – September 5, 2019.

On October 29, 2019, the Holy Synod of the Russian Orthodox Church approved the list of members of the Working Group. In November 2019 the Synod of the Malankara Church took the same decision.

On February 3, the delegation of the Russian Orthodox Church led by Archbishop Leonid of Vladikavkaz and Alania was received by the Catholicos of the Malankara Church, Baselios Marthoma Paulose II, who shared with the delegation his warm recollections of the visit to Russia in September last year. The Primate of the Malankara Church conveyed his good wishes to His Holiness Patriarch Kirill of Moscow and All Russia. Vladyka Leonid thanked His Holiness Baselios Marthoma Paulose II for the hospitality and conveyed to him greetings from His Holiness Patriarch Kirill.

Discussed at the meeting were various issues concerning the bilateral relations between the Russian Orthodox Church and the Malankara Church.

As was noted during the sessions of the Working Group, the dialogue between the Moscow Patriarchate and the Malankara Church, which dates back to the 19th century, is undergoing an active revival these days. The history of the bilateral relations knew such prominent figures as Metropolitan Nestor (Anisimov), Archimandrite Andronik (Yelpidinsky), Metropolitan Nikodim (Rotov) of Leningrad and Novgorod, and Metropolitan Paulos Mar Gregorios (Varghese), Principal of the Kottayam Seminary. The 20th century was marked by the Primatial visits of Catholicos Basilios Marthoma Mathews I to Russia and of His Holiness Patriarch Pimen to India. A substantial contribution to the development of bilateral relations was made by the current Primate of the Russian Orthodox Church, who visited India in capacity as the DECR chairman. For decades the two Churches have been maintaining active cooperation in the academic sphere.

The Working Group members outlined major areas of work, namely, cooperation in the academic, humanitarian, information and cultural spheres and exploration of traditions of the Russian monasticism and church social ministry.

A joint communiqué was adopted at the conclusion of the meeting. 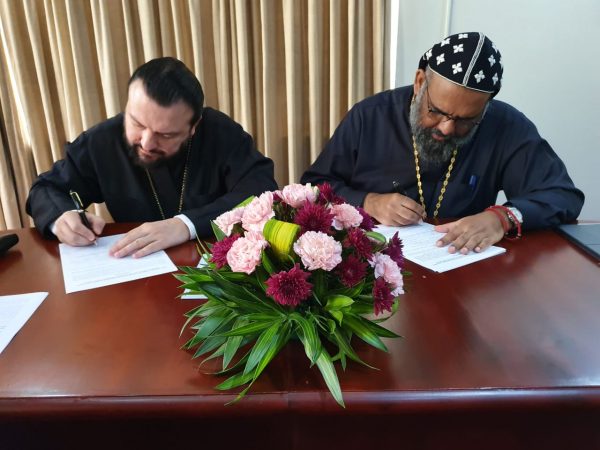 The results of the Group’s work will be reported to the Holy Synods of the Russian Orthodox Church and the Malankara Church.

While in India, the Moscow Patriarchate’s delegation attended the 103rd Annual Orthodox Convention – the congress of clergy and laity of the Malankara Church. Archbishop Leonid greeted the several-thousand-strong audience.

The Working Group’s members visited a convent in Ranni-Perunad which was founded in 1980 and at the moment numbers twenty-six sisters. Functioning at the convent is a school for girls.

The delegation from Russia visited the famous Kottayam Seminary, major educational institution of the Malankara Church. The guests were shown around the seminary’s museum. Kept there are the panagia, sacred vessels and altar crosses that had been granted as gifts by Metropolitan Nikodim (Rotov). The delegation members presented the seminary’s library with books by Metropolitan Hilarion of Volokolamsk – the English editions of Orthodox Christianity and The Mystery of Faith.

The Working Group will hold its next session in the territory of the Russian Orthodox Church in 2021.