Patriarch Kirill: Patriarch Bartholomew considers himself to be not first among equals but first above all the rest 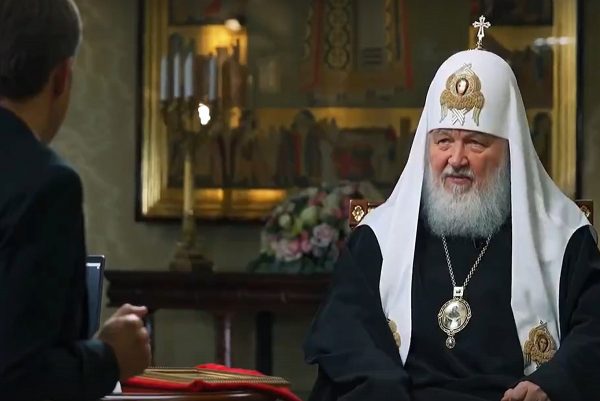 In his interview to general director of the Spas TV channel B. V. Korchevnikov, aired on Rossia 1 channel on November 20, 2021, His Holiness Patriarch Kirill of Moscow and All Russia answered in particular a question on possible causes of Patriarch Bartholomew of Constantinople’s actions provoking a schism in the world Orthodoxy.

–   A difference of opinions sometimes may be enormous, just as it is in the case of Bartholomew. Recently you have stated in all sincerity that he has fallen into a schism. You have known this man for many years; you flew to him in Istanbul to keep him from singing the tomos. How such a thing could happen to a man vested with the Patriarchal cross, with Patriarchal responsibility? Indeed, he can now see how Orthodox people are thrown out of churches, spat on, beaten up and burnt – and it is a consequence of his signature! But he is a Patriarch; he has to give an account to God! I humanly just cannot understand what should have happened to him to dare do such a thing. What is it?

–   I think there are two reasons. The first one is Patriarch Bartholomew’s totally false self-understanding as he considers himself to be the leader of the Orthodox world. From the point of view of Orthodox ecclesiology, he is first among equals, but he considers himself not to be first among equals but first above all the rest. That is to say, he is tempted by the same idea the realization of which led to the division of Christianity into Eastern and Western ones. Now, I will not be afraid of saying it, it is at Patriarch Bartholomew’s personal initiative that the same topic of power has now divided the Orthodox Church.

It is a tragic page in the history of the Orthodox Church, and we all, especially Primates of the Local Orthodox Churches, should do everything possible to be able again to celebrate the Divine Liturgy together around the one altar, thus strengthening the Orthodox faith among our contemporaries, so that the Church could become a spiritual force capable of helping people to find ways in this very complicated modern life.

–   Is it possible for one to become as blind because of a falsely understood theological conception as to muffle one’s own conscience?

–   I do not like to think so. I have not yet mentioned another factor, which could make a strong influence on Patriarch Bartholomew – the political factor. The situation of the Patriarchate of Constantinople has always been very unstable. When I say “always”, I mean, of course, the time after the fall of the Byzantine Empire. The Patriarchate was and still is under the control of non-Orthodox political forces, and generally Patriarch Bartholomew, as it seems to me, has not exactly to submit to but to correlate his position with the liberal context existing in Western European countries and the United States. In some sense, the Church in the West is vulnerable enough. Here is a simple thing: the Orthodox Church does not agree and will never agree with the new-fashioned idea concerning matrimonial relations – we call domestic partnership practised now by same-sex people a special sin.