Patriarch Kirill: “Presence of the Church is Essential in Antarctica where There is a Certain Reflection of the Kingdom of God” 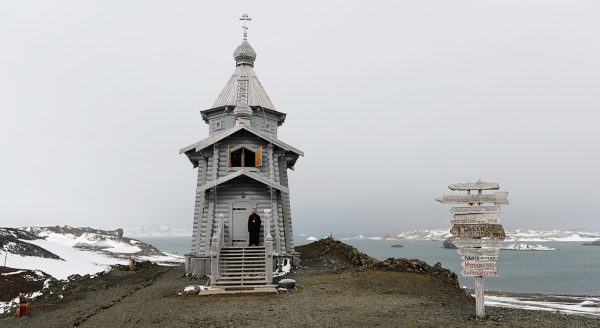 His Holiness Kirill, Patriarch of Moscow and All Russia, believes that Antarctica is absolutely a special place on the planet, its order makes it look like a certain reflection of the Kingdom of God, and spiritual support for the people who live and work there is crucial.

“The order [there] is really amazing. This is some kind of reflection of the Kingdom of God. I have already said this before: people, penguins, and the amazing expanses of Antarctica are in some kind of harmonious interaction,” said the Primate of the Russian Orthodox Church, reports Patriarchia.ru.

According to the Patriarch, it is joyful that the entire world community interacts in the Antarctic without any noticeable conflicts: “there are no weapons placed there, there is no confrontation, but people in the face of the greatness of nature work closely with each other.”

“If someone gets into trouble, no one asks what nationality this person is, everyone goes to help him. This special atmosphere of cooperation, interaction, a certain Antarctic brotherhood certainly made a very good impression on me,” explained the hierarch.

According to Patriarch Kirill, it is precisely in such places where a person so clearly needs God’s help that the presence of the Church is especially important “among those who go through difficult life circumstances and risks”.

In this regard, the Primate of the Russian Church considers the construction of a church in Antarctica a continuation of the tradition of Russian Orthodoxy.

Noting that life and work in Antarctica require “a very great effort”, the Patriarch noted that “reliance on prayer and God’s help is very natural.”

Earlier this year, 2020 was declared the Year of Antarctica in Russia: 200 years ago the continent was discovered by a Russian expedition led by Faddey Bellingshausen and Mikhail Lazarev.