Source: Interfax-religion
Natalya Mihailova | 29 July 2016
Oryol, July 28, Interfax - Patriarch Kirill of Moscow and All Russia said he is hoping that the big cross procession held in Ukraine will mark the beginning of true reconciliation of the people. 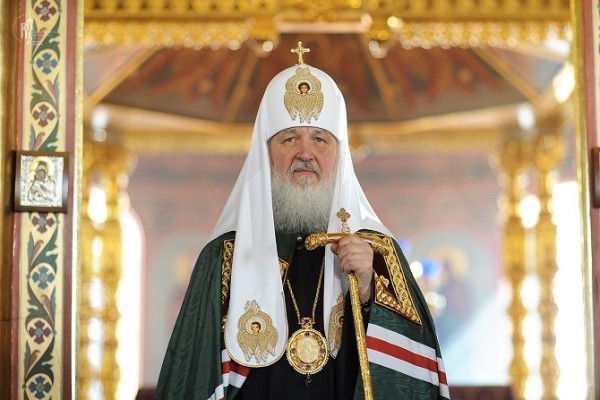 “I hope to God that this cross procession will mark the beginning of a true process of people’s reconciliation in Ukraine so that the people understand that those who do not share their political, cultural and even religious views are not enemies, that today’s world, if it wants to stay united, and any country, let alone Christian, if it wants to stay united, should not wipe off the road people who are disliked and do not share the views of those have power at this moment using force, terrorism and suppression, but that true conciliarity, which they talk about often in Ukraine, true unity should be based on peace, mutual respect and love,” the patriarch said after a liturgy held in the Epiphany cathedral in Oryol.

He said the cross procession indicates that “the Church has only one way and one method of causing people to reconcile: it’s prayer and love.”

“We heard that the Ukrainian Orthodox Church called the great cross procession to be able to pray for the unity of their people, for the reconciliation of the enemies. People came with icons, holy things, they walked hundreds and hundreds of kilometers just praying, but it was hard to see when someone, wishing to take the hell they had in their own soul to others, began accusing those innocent people of political intentions, of planning coups, of threatening national security, and God knows what else,” the patriarch said.

He said he regrets that he cannot visit Kiev “for obvious reasons,” although he “used to love” to be with the people of Kiev on this day.