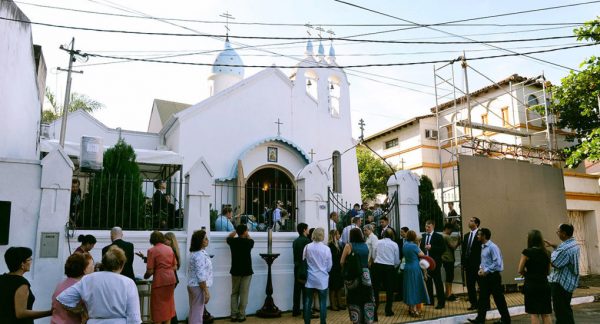 He was sent by the decision of Patriarch Kirill of Moscow and All Russia for giving pastoral care to the community of the Protection Church, press service of the Synodal Department for Church, Society and Media Relations reports.

The priest celebrated a liturgy there and talked to the members of the parochial community.

Russian emigrants set up a parish of the South-American Diocese of the Russian Church Abroad in 1924 with the help of Metropolitan Anthony (Khrapovitsky) and local Orthodox community, which consisted of Arabs and Serbs. The number of parishioners started reducing from 1960s, regular divine services were ceased and resumed only in 2012.

This February Patriarch Kirill at his meeting with descendants of Russian emigrants in Paraguay capital ordered to send a priest there.

“I rejoice to hear that the only thing you want is to have a priest here and it absolutely redeems your guilt of not mastering the Russian language. Low bow to you for this. We will try to make your wish come true,” he said then.