Priests' arrogance, together with a number of other erroneous moments, affect their sermon on social networks, which sometimes does not achieve a positive result, and sometimes openly repulses the audience, said Patriarch Kirill.
Pravmir.com team | 12 February 2021 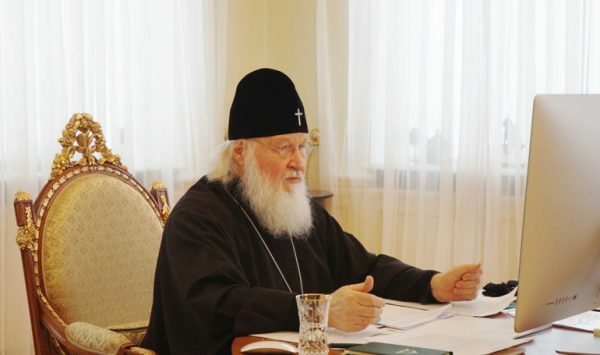 Speaking on Thursday at a meeting of the Supreme Church Council, which took place in a remote format for the first time, the Primate of the Russian Orthodox Church noted that “developing Christian missionary work in the current conditions, special attention should be paid … to the mission in social networks.”

Noting that the Church is already quite actively present in this environment today in general, His Holiness Patriarch Kirill stated that “along with the brilliant examples of work in social networks and on the Internet, we also have the examples of a very inept presence.”

“As a result, powerful criticism falls on certain statements of the clergy; sometimes the image of a clergyman on the Internet does not correspond to the ideal which was formed in the cultural tradition of our people,” the Patriarch added.

The main mistake, according to His Holiness, is a priest’s arrogance:

“Why does this happen? Because of arrogance, which is formed, among other things, in our church environment. After all, a priest is the one who preaches. Either in a good or a bad way, he speaks to an audience, large or small, who listen to him and no one objects to him in the church. The priest gets used to speaking ex cathedra, which does not leave room for discussion and objection. In the mind of this priest, a certain principle is formed “When I speak, the others are listening,” and that is why there is such a painful reaction of some of our clergy to negative feedback on the Internet.”

His Holiness Patriarch Kirill urged the clergy to remember that “A Christian sermon, even ideal – the apostolic word is an example of such sermon – (not to mention sermons that are imperfect from a cultural, theological or aesthetic point of view), has always met with resistance and rejection, therefore, one shouldn’t rely exclusively on applause.”

Patriarch Kirill also noted that sometimes priests-bloggers do not fully realize that the era has changed, and today the Church in the media is often treated far from the way it was treated in the late 1980s and early 1990s.

“But I cannot say that the first wave of the Church’s presence was absolutely positive. In a sense, it disoriented some of the clergy who spoke on behalf of the Church, because not all of them resisted the temptation of popularity. And when the popularity began to decline, some of them began to develop complexes, the desire to regain popularity by all means and ways. The painful realization that the audience is shrinking sometimes leads people in cassocks to behave not quite right, including in the information space,” said the Patriarch.

He pointed out one more mistake of the clergy. He stressed that the main goal of a pastor on the Internet should be the salvation of people, and not holding disputes on social and political topics.

“When a clergyman becomes an active participant in fierce debates on social and political issues, when he loses understanding of what should be emphasized in his address to people, and turns into a political commentator, he does more harm than good,” concluded Patriarch Kirill.