Patriarch Kirill Thanks Vladimir Putin for His Attention to the Church 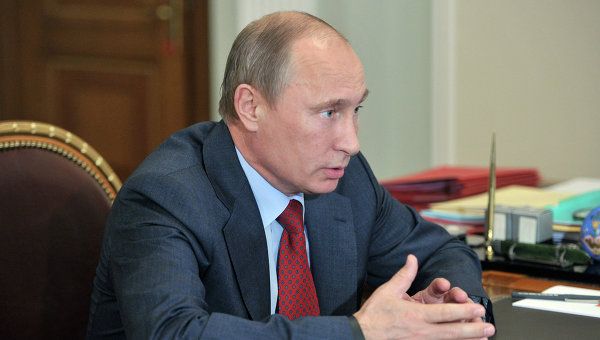 The press office of the Moscow Patriarchate reported that His Holiness, Patriarch Kirill of Moscow and All Russia, sent a letter to Vladimir Putin, President of the Russian Federation, congratulating him on his birthday, in which he expressed his gratitude for the Mr. Putin’s care for spiritual health of his people and attention to the activities of the Russian Orthodox Church.

“You have been working selflessly and productively holding high positions, including the post of the Head of the Government, for many decades, and your activities have already become an integral part of our country’s history,” the Patriarch noted in his letter.

“Currently with the support of the country’s leadership, spiritual standards of the life of society have been strengthening, recently destroyed holy places have been restored and new churches have been constructed. All of this warms the hearts of believers with gratitude,” His Holiness, Patriarch Kirill, mentioned.

According to the Patriarch, the country is living in “a difficult time when people try to put Russia under pressure”. The Primate of the Russian Orthodox Church strongly believes that in such condition “it is especially crucial to maintain fidelity to those traditional spiritual and moral ideals which formed our Motherland, its great history and culture”.

His Holiness, Patriarch Kirill, expressed his hope that “constructive cooperation between the Church and the government will continue to contribute to the creation of the country’s prosperity; patriotic, spiritual and moral upbringing of young people, and strengthening peace and civil accord”.

Having heartily congratulated Mr. Putin on his birthday, the Primate of the Russian Orthodox Church wished the President “excellent health, God’s help, and blessed success in the service to Russia and our people”.