Source: Sputnik News
Patriarch of Moscow and all Russia Kirill will visit the United Kingdom on October 15-18 seeking to harmonize relations between Moscow and London.
Natalya Mihailova | 14 October 2016
MOSCOW (Sputnik) — Patriarch of Moscow and all Russia Kirill's upcoming visit to the United Kingdom will strengthen the dialogue between the two countries experiencing difficult times, Russian Orthodox Church spokesman Metropolitan Hilarion of Volokolamsk said. 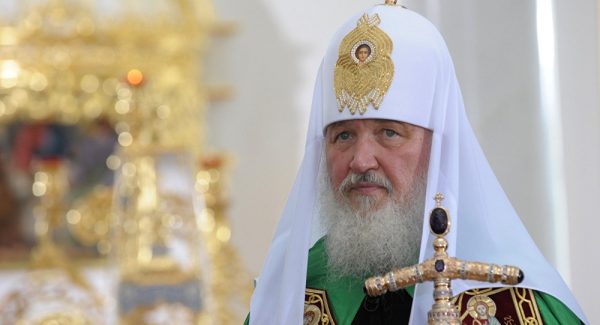 “I believe that the visit of His Holiness Patriarch Kirill of Moscow and All Russia Kirill to the United Kingdom, worship services and meetings with believers and representatives of the Church of England and the general public will help our peoples strengthen mutual trust,” Hilarion told RIA Novosti in an interview.

“Relations between Russia and the United Kingdom have been going through difficult times over recent years. However, history knows periods of cooperation between the two countries, for example during World War II. The past and the present encourage us to promote a closer rapprochement between Russian and British people, which, in turn, cannot but have an impact on official contacts,” Hilarion said.

Regarding the relationship between the Russian church and the Church of England, Hilarion stressed that the two Christian churches have had close ties since the 16th century and shared particularly good relations in the latter half of the 20th century. The spell of warm relations began with a visit by Archbishop of York Cyril Garbett to Moscow in 1943, when both countries fought Nazi Germany.

Garbett was the Archbishop of York between 1942 and 1955. His trip to Moscow took place at the invitation by the Moscow Patriarchate, during which he met with Patriarch Sergius of Moscow.

Patriarch Kirill’s visit will start on Saturday and last through until Tuesday, October 18. A number of prayer services and blessings will take place across several Orthodox sites in the United Kingdom. The Patriarch will also visit the Buckingham and Lambeth Palaces, according to the Diocese of Sourozh.

Relations between Russia and the United Kingdom took a hit after the outbreak of the Ukrainian crisis and Crimea’s rejoining with Russia in 2014 as London supported EU anti-Russia sanctions. More recently, the UK government took a hard stance on Russia’s anti-terrorist campaign in Syria.