Source: Interfax-religion
Natalya Mihailova | 10 November 2016
Moscow, November 9, Interfax - Patriarch Kirill of Moscow and All Russia has welcomed news of Donald Trump becoming President of the United States by wishing him strength, God's help and successes in the forthcoming "high and responsible service." 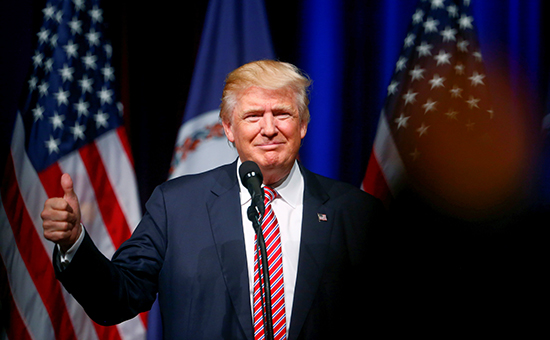 “I cordially congratulate you on your election as President of the United States of America. The choice made by the American people testifies to the great trust in you of the people who pin their hopes on you for the country’s development, change in domestic policy and international relations,” the patriarch said in a letter to Trump, released by the patriarchal press office on Wednesday.

Over the many years of “active creative work” Trump has gained rich experience that will help him deal with issues concerning the organization of the state and social life and cooperation with other countries, the Russian Church leader said.

“The modern-day world faces serious problems in the resolution of which the United States of America has an important role. Onlyg throuh joint efforts is it possible to counter extremism and terrorism and defend the fundamental values of high moral ideals lying at the foundation of human rights and dignity,” the patriarch said.

Hopefully, the Russian Orthodox Church’s long-time relations with the U.S. will continue to develop “for the good of our nations joined by shared history and Christian values,” the patriarch said.