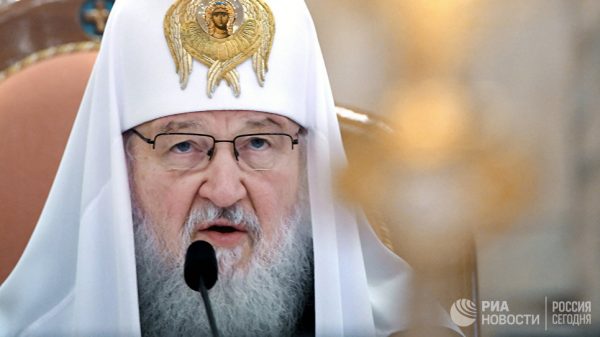 His Holiness Patriarch Kirill of Moscow and All Russia has written to all the primates of the world’s 15 Local Orthodox Churches to inform them about the ongoing crisis in Ukraine and to propose opening a pan-Orthodox discussion on the matter, Fr. Nikolai Balashov, the Deputy Head of the Department for External Church Relations of the Moscow Patriarchate, told RIA-Novosti.

“The Russian Orthodox Church’s position on so-called Ukrainian autocephaly and on the possible negative consequences of the Patriarchate of Constantinople’s actions for the unity of universal Orthodoxy is outlined in the letters. They also contain a proposal to start efforts to start a pan-Orthodox discussion on the situation,” Fr. Nikolai said.

Archpriest Nikolai Danilevich, the deputy head of the Ukrainian Church’s Department for External Church Relations, earlier responded to the Ecumenical Patriarchate’s troubling intrusion into the Ukrainian’s Church canonical territory by calling for a gathering of the Orthodox primates: “I think that now is the time, on a global level, for the primates of the Churches to gather in a council, in a synaxis, a meeting, to make a decision on these matters, because very hard times are coming.”

However, Fr. Nikolai Balashov also recently explained that the Russian Church cannot canonically initiate a Church-wide synaxis, though Pat. Kirill has taken the initiative to inaugurate a Church-wide discussion.

His Beatitude Patriarch Theodoros II of Alexandria also recently told the metropolitan and faithful of Odessa, Ukraine, that he would speak to the heads of the Local Orthodox Churches and inform them about the truth of what is happening in Ukraine, which he reiterated to His Beatitude Metropolitan Onuphry of Kiev and All Ukraine and the gathered faithful in Bolgrad, Ukraine on Saturday.