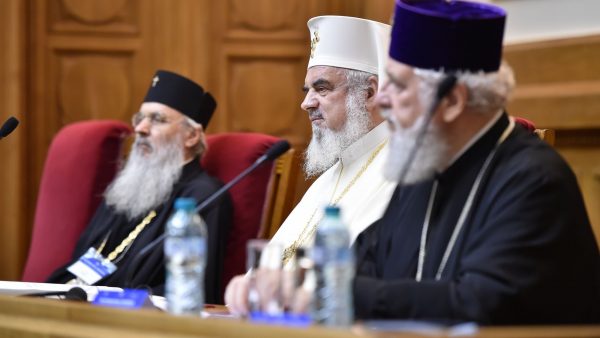 Opening address by His Beatitude Patriarch Daniel of Romania at the International Conference on the relations between the State and religious denominations in the European Union, at the Palace of the Patriarchate, Friday, June 7, 2019.

Importance of Church-State cooperation in the European context

According to the Treaty on the Functioning of the European Union (TFEU), as amended by the Treaty of Lisbon of 2007, ‘The Union respects and does not prejudice the status under national law of churches and religious associations or communities in the Member States’ (article 7, paragraph 1 TFEU). Thus, ‘recognising their identity and their specific contribution, the Union shall maintain an open, transparent and regular dialogue with these churches and organisations’ (article 17, paragraph 3 TFEU).

Therefore, in the European Union there is no ‘European model’ for the relationship between religious communities and the political authority, but the legislative systems in force in the EU Member States oscillate from a radical separation to an almost complete identification between a particular religious community and a State. At the same time, the European Union aims to engage in dialogue with religious denominations so that they may express their specific contribution to the European construction.

Today there are four Member States with a majority Orthodox population in the European Union (Greece, Cyprus, Romania, and Bulgaria), where Autocephalous Churches are organized and operate, while in other Member States there are important Orthodox communities organized ethnically as autocephalous (Poland, Czech Republic and Slovakia) or autonomous (Finland and Estonia). Also, in some Member States there are consistent Orthodox communities organized ethnically as diaspora (Italy, Spain, France, Germany, Belgium, and Austria). Romania, with a population of 16,307,000 Orthodox believers, is the largest country of the European Union with a majority Orthodox population.

In the Orthodox majority states, the Church-State relation originally followed the Byzantine principle of symphonia, that is, harmony, understanding and cooperation between two distinct institutions, which are united by the common social life of the people in their double status as citizens of the State and believers of the Church.

In the Byzantine perspective on society there were two hierarchical systems, one of the Church and the other of the Empire, coexisting in the same space, confessing a single faith in the Lord Jesus Christ, the Saviour of the world, and pursuing the same purpose: the union of the visible world with the invisible God. However, the two hierarchical systems of the State and the Church were conceived and understood as different and distinct, and any attempt to combine them proved to be unfortunate.

In this regard, a good example of the relationship between the two hierarchical systems was given by the Epanagoge or the Eisagoge (a codification of the Byzantine law promulgated in 886), in which legislators distinctly juxtaposed the two systems, without combining them. Hence, in the Byzantine Empire, although the Church cooperated closely with the imperial authority, it kept its autonomy as regards ecclesiastic activities. However, the Church-State symphonia has never been symmetrical in the sense of equality of the two institutions, but almost always asymmetrical, because the Church has always been organized and operated in the State and was constantly praying for state authorities.

This historical fact illustrates the Orthodox teaching that the Church manifests itself in human society, which is organized in a political community, that is, the place of the Church is always within the State. This relationship between the Church and the State is based on the Orthodox teaching that the Church is both a spiritual, sacramental or mystical reality, and an institutional, social reality, and man – as a subject of history – belongs to both the Kingdom of Heaven and to Caesar’s Kingdom (Matthew 22:21). From a practical point of view, this relationship takes place between certain limits and is based on mutually invoked prerequisites.

Therefore, the Orthodox model of the Church-State relationship includes both Church autonomy in its relation to the State and their distinct and limited cooperation in a spirit of mutual respect.

According to Orthodox ecclesiology, the Universal Church is defined as the communion of Autocephalous Churches that are in dogmatic, sacramental and canonical unity with each other. In practice, autocephalyrepresents the canonical status of a local Church that enjoys full church autonomy and has the right to choose its Primate (πρῶτος – primus) by its own Synod of Bishops without any external interference. Consequently, the autocephaly of a local Church is also an expression of the concept of freedom in communion, that is, the freedom of local Churches towards one another, while preserving at the same time the unity of faith, sacramental life and canonical discipline.

This ecclesiological conception is based on the thorough experience Orthodoxy has in relation to the Mystery of the Most Holy Trinity, understood as the supreme communion of life and eternal love between equal and distinct divine Persons.

Therefore, the unity of the Church is the communion of the trinitarian grace-filled life communicated by the Holy Spirit to those who believe in Christ in order to reach communion with the Father. In this regard, trinitarian life is at the same time a source of and a model for ecclesial communion (John 17:21-22). As the Persons of the Most Holy Trinity are equal, distinct and consubstantial, so too the Church is understood as a communion of equal, distinct and consubstantial local Autocephalous Churches, meaning that each and every one of them separately and all together share the same fullness in the truth of faith, in sacramental life and in ecclesiastical discipline.

The new law also indicates the 18 denominations recognized in Romania, providing them the status of legal persons of public utility and recognizing their spiritual, educational, social-charitable, cultural role in the life of society, as well as their status as ‘factors of social peace’ in partnership with the State.

The current Romanian legislation on Church-State relationship therefore reflects to a certain extent the fact that Romania is the only country with a majority neo-Latin population of Orthodox tradition, belonging to the Christian East through its ecclesial life, but also to the West though its Latin linguistics. This unique specificity represents the personal responsibility of Romania to contribute both spiritually and culturally to the promotion of cooperation in the European Union, especially in terms of good cooperation between the State and religious denominations.

We congratulate the organizers of this international conference and we bless all its participants, expressing our hope that its results will contribute to a deeper understanding of the importance of the cooperation between the State and religious denominations in the European Union.

Patriarch Daniel: “The Sinner and the Sick Must be Forgiven and Healed without Humiliating Them”

Praising the discretion and wisdom of the Saviour who healed the paralytic at the Pool of Bethesda, His…

On Cheesefare Sunday, His Beatitude Patriarch Daniel of Romania said that ‘fasting is an offering of man’s love…